A report of jazz singer Youn Sun Nah's Munich live in early May, one of many stops for her Duo Concert with Swedish jazz guitarist Ulf Wakenius. 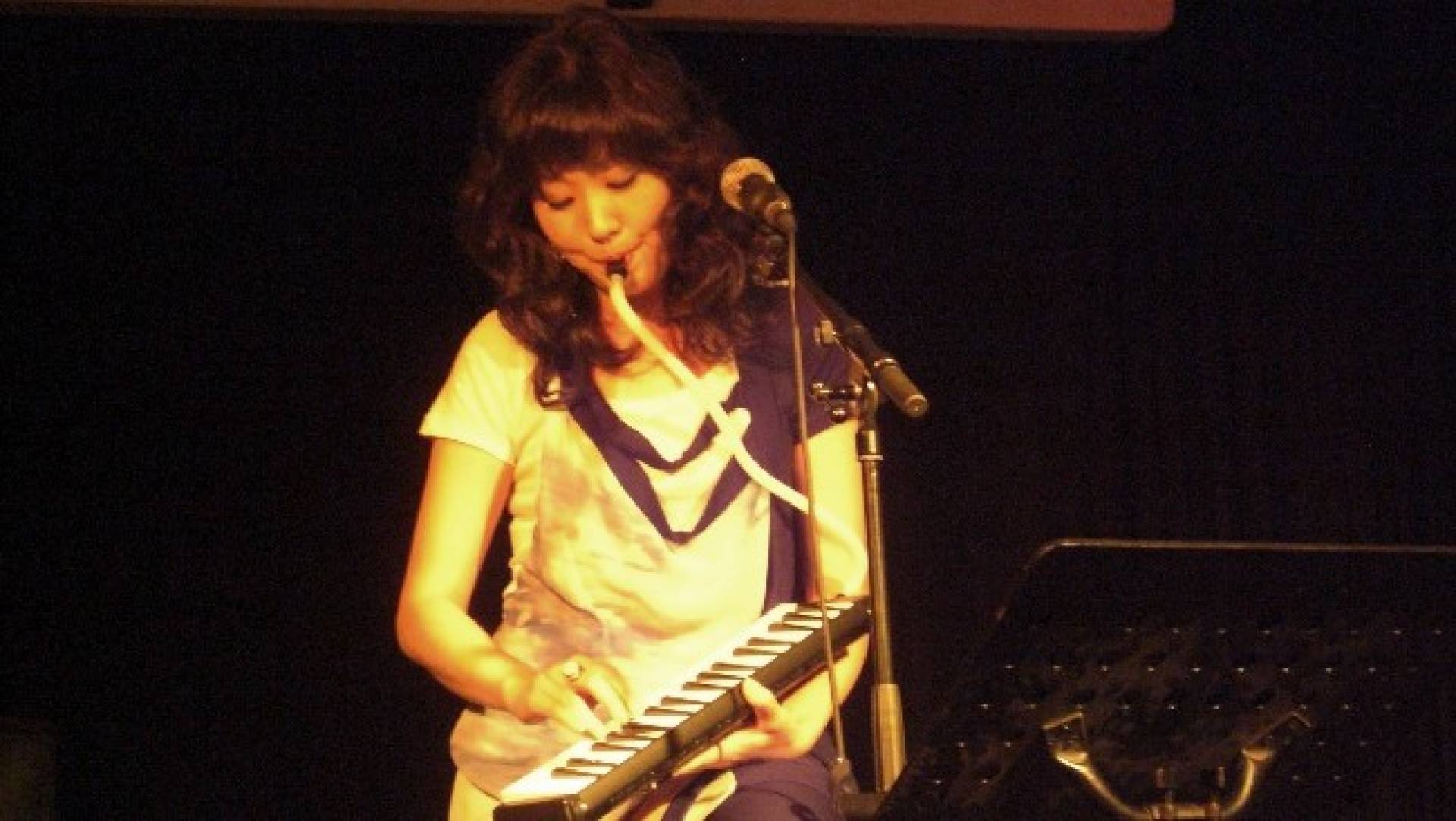 © KoME
On Thursday May 7th, 2009, the first German concert of Youn Sun Nah's new album tour Voyage took place in Munich's Jazzclub Unterfahrt. Even before 9pm, when the concert was due begin, the club was packed. Amongst the audience were also the whole ACT Records label team who had come to watch Youn Sun Nah performing for the first time this year since she signed under their label. The jazzclub was exactly the way one imagines a jazzclub - relatively small, cosy and with a friendly atmosphere. Directly in front of the stage there were chairs and tables so that the audience could sit and drink together, and because of the size of the club the acoustics were incredible.

At 7:30pm the doors opened, and even the concert wouldn't begin until 9pm the club was already packed, and many used this opportunity to eat before the concert started.
Shortly after 9pm the concert finally started. Youn Sun Nah and Ulf Wakenius were announced by a German host but only Ulf Wakenius came on stage to welcome the audience. He talked into the microphone as if he was whispering something into a friend's ear. He explained he'd play some songs from his repertoire first before Youn Sun Nah would join him on stage.

Ulf Wakenius is, to put it modestly, a genius with his guitar and it's easy to understand why he's worldknown in the jazz scene. His songs seemed to be performed perfectly and peppered up with impressive improvisation that attested his mastery. During Ulf Wakenius' performance one could see the cute Korean with the mighty voice peeking sheepishly through the door. Ulf Wakenius managed to capture the audience and make them hungry for more, and Youn Sun Nah quickly joined him on stage. She was very nervous and immediately said as much, and welcomed the audience again. She thanked Ulf Wakenius before she sat down on the bar stool in the middle of the stage.

The first song was also the first song on Youn Sun Nah's new album Voyage - Dancing With You. Her nervousness immediately disappeared and suddenly a confident, strong-voiced woman was standing on the stage. A warm and melancholic atmosphere spread through the room as the lights dimmed. Youn Sun Nah and Ulf Wakenius are a well rehearsed team, and it was clear at the start when Youn Sun Nah didn't wait for the usual counting in - non-verbal communication was enough to start the song. Although a laidback piece, Dancing With You stays in your head for a long time. Youn Sun Nah used a melodica to play parts of the song, both loosening up the atmosphere as well as showing her creativity and ability to improvise.

The next two songs in the setlist were Calypso Blues, original by Nat King Cole, and Para Machucar meu coracao, a cover from João Gilberto. The originals may always be the best, but Youn Sun Nah's versions definitely do the songs justice, and are no cause for shame. Youn Sun Nah performed the songs in her own way, and made them her own.

She announced the next song would be a self composed song. It was The Linden, and was simply enchanting. Her calm but strong voice filled the room with melancholy and promised every person there that this evening would be a memorable one.

Anyone who still doubted after The Linden would be definitely hooked after Frevo. While the original by Egberto Gismonti was never meant for vocals and one would have never imagined it with those until this evening, the two musicians proved to everyone that it could be done. The guitar melody by Ulf Wakenius was simple, and so perfectly matched with the vocals. It didn't feel too full or forced, and showed on a musical level how well the two worked together. There were no real lyrics and Youn Sun Nah sang the melody as if she was training her voice, but that simply added to the song and took nothing away.

After Frevo Youn Sun Nah said goodbye to the audience to take a short break. There was a shy smile on her face when she said she'd be happy if some of the people would return after the break. It seemed that suddenly the nervous but adorable Youn Sun Nah was standing on stage again, instead of the confident jazz artist of a moment before.

Most of the people used the break to quickly go outside or get something to drink, as the waiters didn't serve during the concert. Some also took this opportunity to talk with Youn Sun Nah and Ulf Wakenius.

After the 20 minute break everyone found their way back to their seats and Ulf Wakenius came back on stage, alone this time, to perform two own songs.
Ulf Wakenius was soon rejoined by Youn Sun Nah, and she announced that the next song would be Voyage, the title track of her latest album. She also explained that jazz is like a voyage. For some reason she seemed different as she sang Voyage. It was only a subtle change, but she appeared to be more serious. It was easy to come to the conclusion that perhaps the song means more to her than the others. Following it was Doralice, a refreshing and happy bossa nova jazz track in Portuguese.

Youn Sun Nah again talked briefly before Shenandoah started, and talked about the song, or rather why she decided to play the song tonight. Pressing her hands nervously together, as if she was having a hard time talking in front of the audience without breaking into tears, she told everyone Shenandoah reminded her of her childhood and her father. For Youn Sun Nah it seemed to be the emtional climax and if one looked closely a little sparkling in her eyes could be seen.
The second to last song wasn't any less emotional - Ne me quitte pas, a typical French chanson originally by Jacques Brel, saw Youn Sun Nah with tears running slowly down her cheeks.

The song that should finish the evening was Jockey full of Bourbon and Youn Sun Nah and Ulf Wakenius showed their best one last time. Youn Sun Nah reached the highest notes she could, and held them for a long time without taking a breath. Although listeners may have been able to debate the aesthetic value of the performance, there was definitely no question at all about the impression she left. Again she proved what a great singer she is, and her communication with Ulf Wakenius never failed, and underlined their perfect harmony.

The applause overwhelmed Youn Sun Nah and she seemed even shyer than before. It seemed as though she hadn't expected the response to be so positive. Both musicians thanked the audience and with an elegeant movement of the hand directed towards each other, something that seemed to be a running joke between them, they left the stage together.

The audience kept applauding so Youn Sun Nah returned and mentioned with a smile that the concert should be over by now.

The first encore was the Korean traditional song Arirang, and she asked the Koreans amongst the audience to sing along. While at the beginning only a few dared, syllable after syllable more and more joined and even the German audience sang along, once again surprising Youn Sun Nah. After the song there was a male shout of "Saranghae Youn Sun Nah!", which made the jazz singer laugh.

Again she left the stage but as the clapping didn't lessen she returned again and smirked, mumbling that the concert should be really over now.

The very last song for the evening was a personal song: My favourite Things. She accompanied herself with a little hand organ, playing the soft melody. It was a very sweet ending for this concert, and one had to smile when she stopped shortly before singing "Schnitzel".

After the concert, Voyage was able for purchase. The concert goers could also have Youn Sun Nah and Ulf Wakenius sign it, or talk with them.

It was easily one of the most eomotional and beautiful concerts we have ever attended. Youn Sun Nah and Ulf Wakenius are a must see live and we highly recommend the Voyage tour to everyone who has the chance to visit a gig in their country.
ADVERTISEMENT 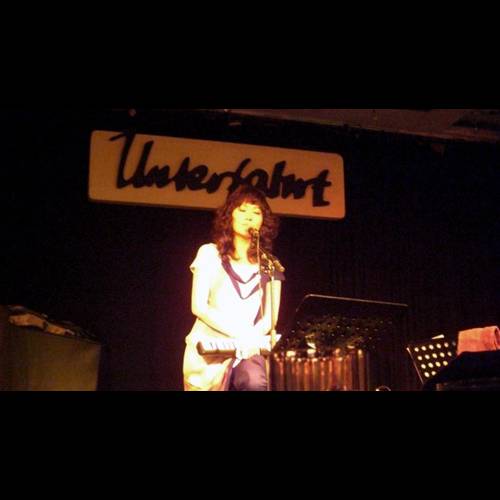 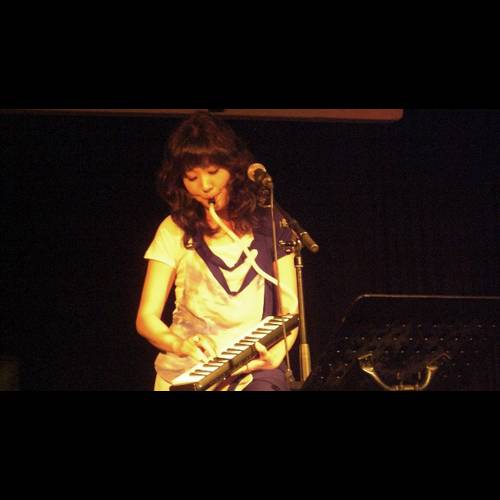 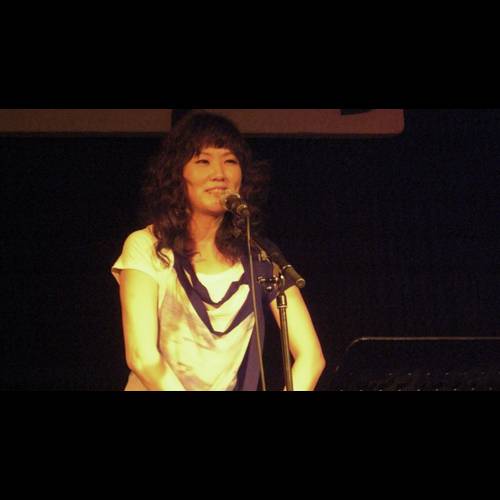 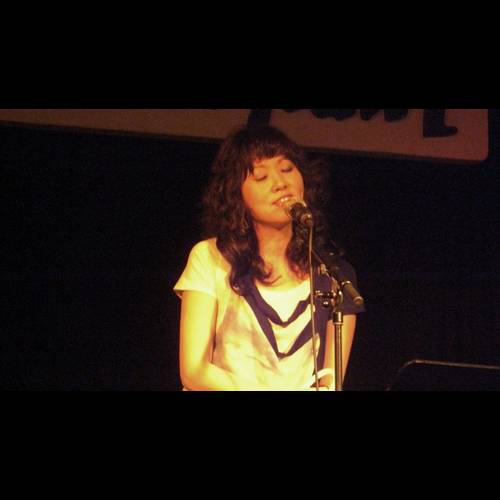 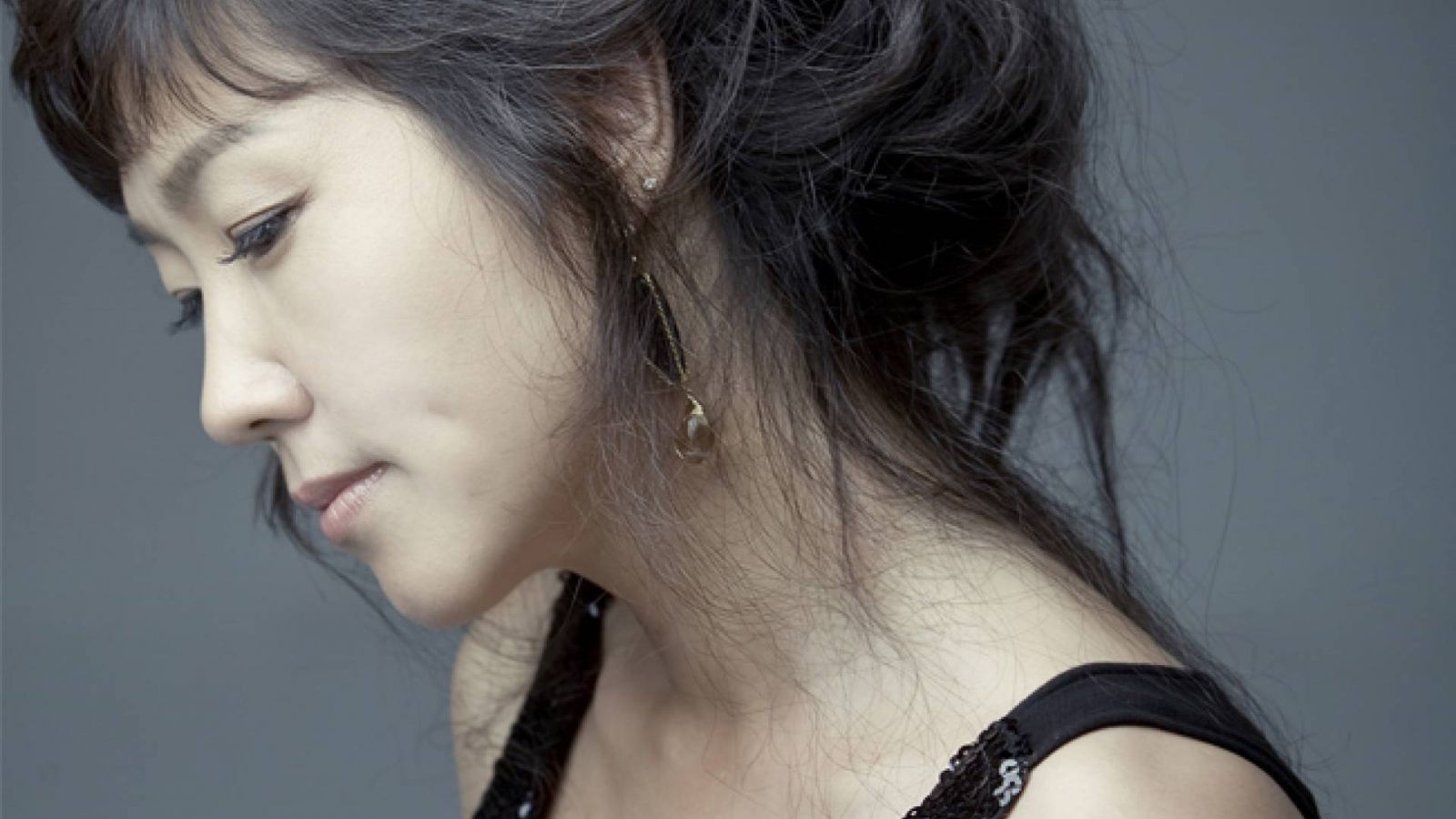