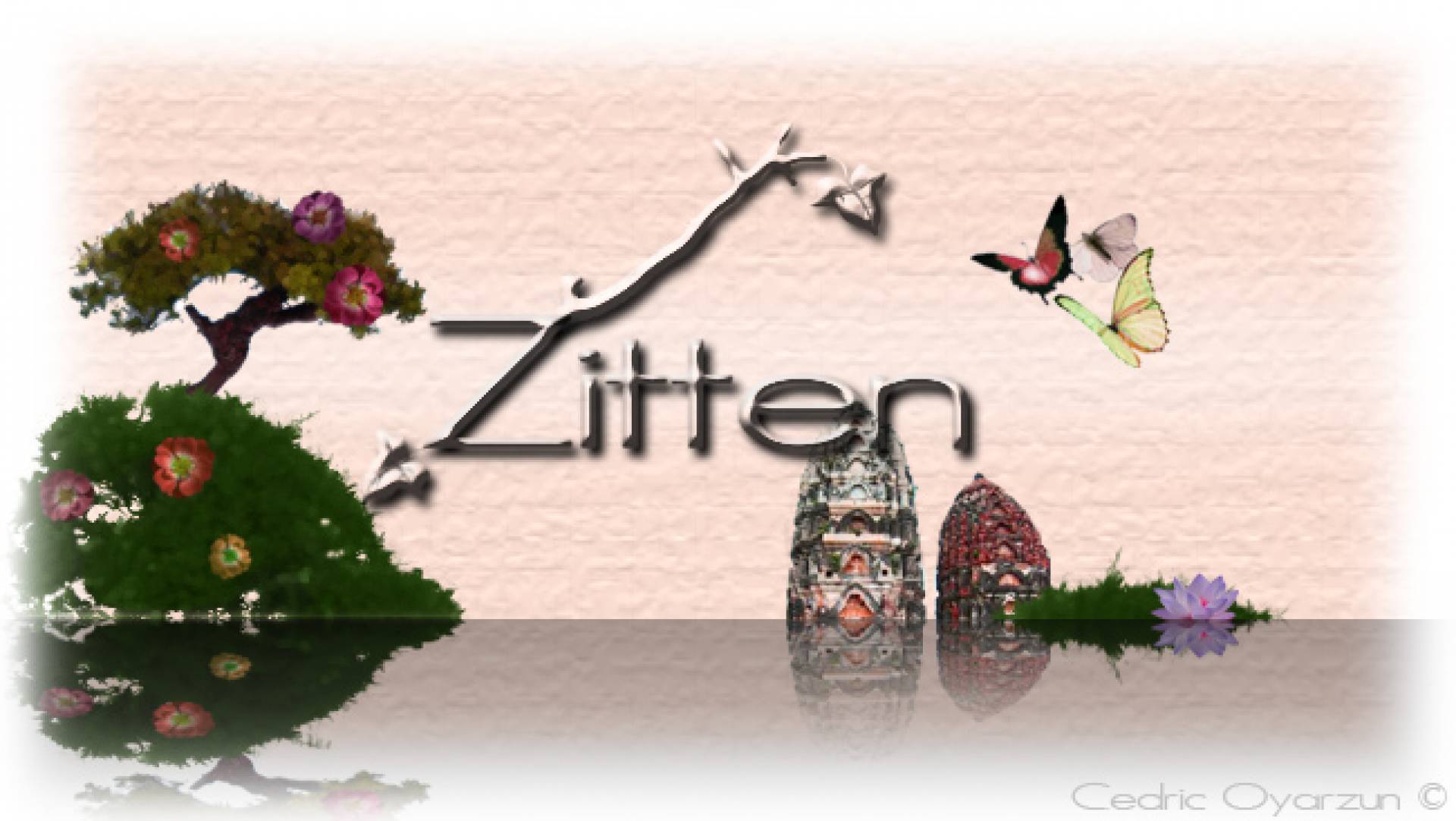 © Cedric Oyarzun
Formed in 2004, Zitten is one of driving forces of Korea's independent music scene with their haunting and melodic pop-rock sound. They have recently released their first album, Vol.1, and KoME had the opportunity of asking vocalist and guitarist Sung Yongwook about their new album, the importance of their lyrics and more.

Hello Zitten! Thank you for taking the time to answer our questions. First of all, could you please introduce yourself to our readers?

Zitten:: Hello, we are Zitten and we’ve got a very agitated routine in Korea. Thank you very much for your attention. My name is Sung Yongwook and I’m in charge of the music. Yun Hyeong-Ro, who is in charge of the other instruments, is currently undergoing military service.

What does the name "Zitten" mean? Why did you choose this name?

Zitten: It’s a word we use here, it means that the color, smell, among other things, is strong, intense. Literally, perfume is zitten, I mean, just like in English you use “Deep."

Could you tell us about the band's history, from its creation until now?

Zitten: We met in an amateur band meet-up to play just for fun and on some moment the greed came around, maybe because we felt we were doing well. With our affinity for composing, we started writing music. So, up until now, we’ve been giving continuity to this work. Obviously, we all have our own routine. But it’s been 4 years since then.

How would you describe your music to someone who hasn't heard it before?

Zitten: It’s music that might be familiar, however, if you listen closely it can be totally different. I’d like to explain that, even though we follow “modern rock," we still have that typical Korean touch.

You released your first full-length album last year. Could you tell us a bit about this album?

Zitten: Our working time was long and we moved around a lot. Maybe that’s why the concepts of morning and night, love and pain, all these ironic elements are filled once and for all in our album. It’s an album that we extended with an EP that we had made among ourselves.

Your songs are very soft, and sometimes convey a feeling of melancholy, even when the song sounds more joyful. Where does your inspiration usually come from? What's your method of writing songs?

Zitten: Actually, it’s not what we intended, but I guess it’s already part of it. And that’s because I listen to a lot of agitated songs. And, other than that, I have a very fun lifestyle. (laughs) Maybe it’s the result of the accumulated feelings since youth. As for the lyrics, I tend to write a lot while walking. I always need a notepad and a pen. If the weather is nice, there are times I write the lyrics in an outdoors café. By watching people outside, I think and hope that the song becomes more general, universal.

Your first album's cover art is simply amazing, it's beautiful and very imaginative. Who did come up with this cover? Where did your inspiration for it come from? What is the concept behind it?

Zitten: It’s a piece made by a Japanese designer that knew how to express well the most detailed parts. Our staff translated the lyrics to Japanese and sent it through the internet, along with the music. It’s a concept entirely from his feelings when he joined the music to the lyrics. It was close to the result we hoped, so we finalized it like that.

What stands out the most when we see the cover is all the butterflies, and there's even girls with butterfly wings! Is the butterfly a symbol? Does it have a meaning for you? If so, what is this meaning?

Zitten: The first song is called NabiSom (Nabi = butterfly; Som = island). The island looks like a butterfly and there are many butterflies in the island. That’s the feeling that takes over our album. Fantasy, delicate moves, the shining of the light… and staying this way, it quickly fades away, it’s a feeling like breaking into little pieces.

Which song from your first album is your favorite and why?

Zitten: I wonder if it’s the song called Gunyo. It’s a song that I definitely consider the best and it was significant to see that, listening to this song, a lot of girls became more joyful, happier.

Your songs are all in Korean. Do you have plans to sing in English to attract a broader listening base or do you think your music should be expressed by melodies rather than lyrics?

Zitten: Some songs have been already written in English before but, unfortunately, as my pronunciation isn’t good, and most people don’t have a readiness to listen, the lyrics weren’t transmitted correctly. I consider the lyrics that reach people a very important part. That’s why I made them in Korean. Also, we chose the Korean language because, to us, the lyrics are as important as the melody, so we could express ourselves more clearly through them.

What was the first song you wrote as Zitten, and does it differ much from the songs you write now? Has your sound changed a lot since the beginning of the band?

Zitten: It’s a song from this album called Sonthop. The song hasn’t been changed much. Because the feeling from the song was pleasing from the beginning, it was released the way it was made.

How did it feel hearing your music playing in the movie Summer, Whispers? Do you think it helped a lot to promote you?

Zitten: To be honest, we don’t pay much attention to marketing, that’s why we don’t know that. We have fun while concentrating on our music and everything else depends on the audience. Ah! The song isn’t part of the movie, but I found out that it was promoted together with it, so we made the video like that.

When and where was the first time you played live to an audience? Could you share with us some memories of that?

Zitten: Our first concert was a free one in a coffee shop run by a friend. I was really nervous. The feeling is like right before a field trip or before one steps in front of the class to give a speech. A speech without anticipation and worries does not exist, right? But one where something inside of me explodes.

Would you like to plan a concert abroad? If so, do you have any particular country in mind?

Zitten: Since we love our neighborhood, we’ve never thought about it. If we travel overseas, we would like to perform there.

Do you have plans to release something new this year? If so, what can we expect?

Zitten: I will work together with many musicians for the Korean drama Triple. And we will be on the regular OST as well. Plus, in October, Hyeong-Ro will finish his military service.

What instruments can you play?

Zitten: I mainly play acoustics instruments, Hyeong-Ro can play drums, bass and electric guitar. Both of us play the piano a little.

Who are your favorite musicians?

If you could cover any song, what song would it be? Would you perform it as close to the original as possible, or would you rewrite it into Zitten style?

Zitten: Since I don’t really like making covers of songs, I don’t feel like I’d want to make one. I’d like to change it until it’s the way I like it but trying this over and over wouldn’t be that simple.

What do you enjoy doing in your spare time?

Zitten: Internet, games. More normal than you might think.

If you come up against a creative block, what do you do to help get the creative juices flowing again?

Zitten: I listen to music. In my opinion there's really a lot inside a song.

Do you have any advice for others who are beginning to write their own songs?

Zitten: Enjoy it. And always show it to your friends. And then humbly enjoy listening to the conversation about your own music. Those should be the first steps of a musician.

Any last message for our readers?

Zitten: Even though you are in a far away place, music there sounds like music does here. This is okay. From now on, let’s come together through music. And you are really lucky because you are able to listen to English music everyday while going your ways.

KoME would like to thank Zitten and Pastel Music for making this interview possible. For more information about the band, please refer to their official site.
ADVERTISEMENT 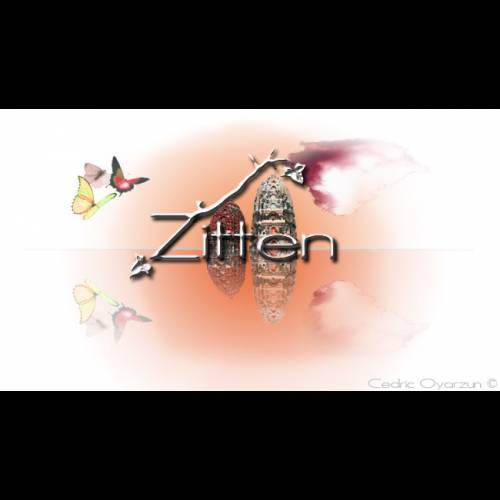 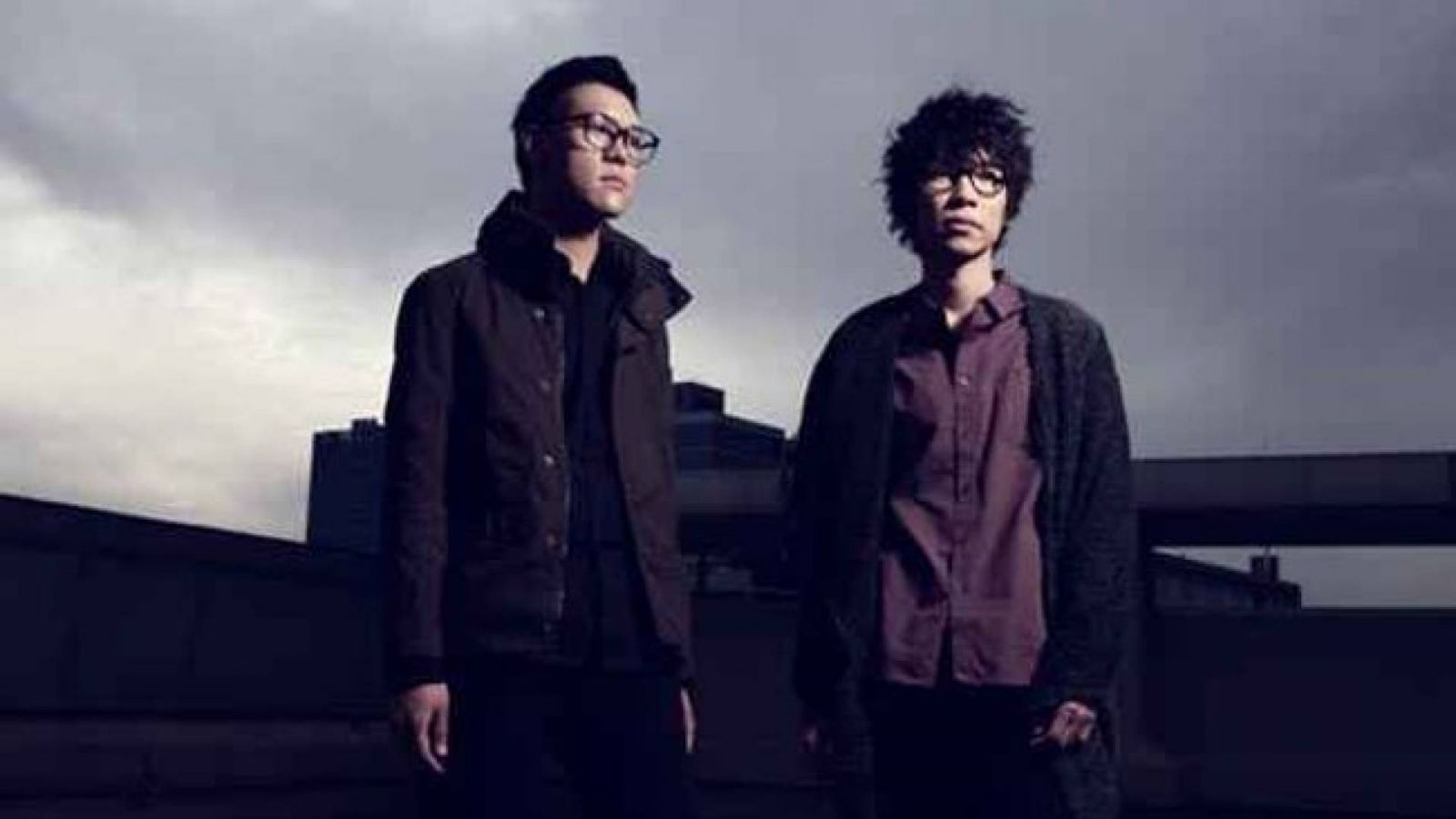 Asian Chairshot came to the UK for a tour and talked about their new album and shows. 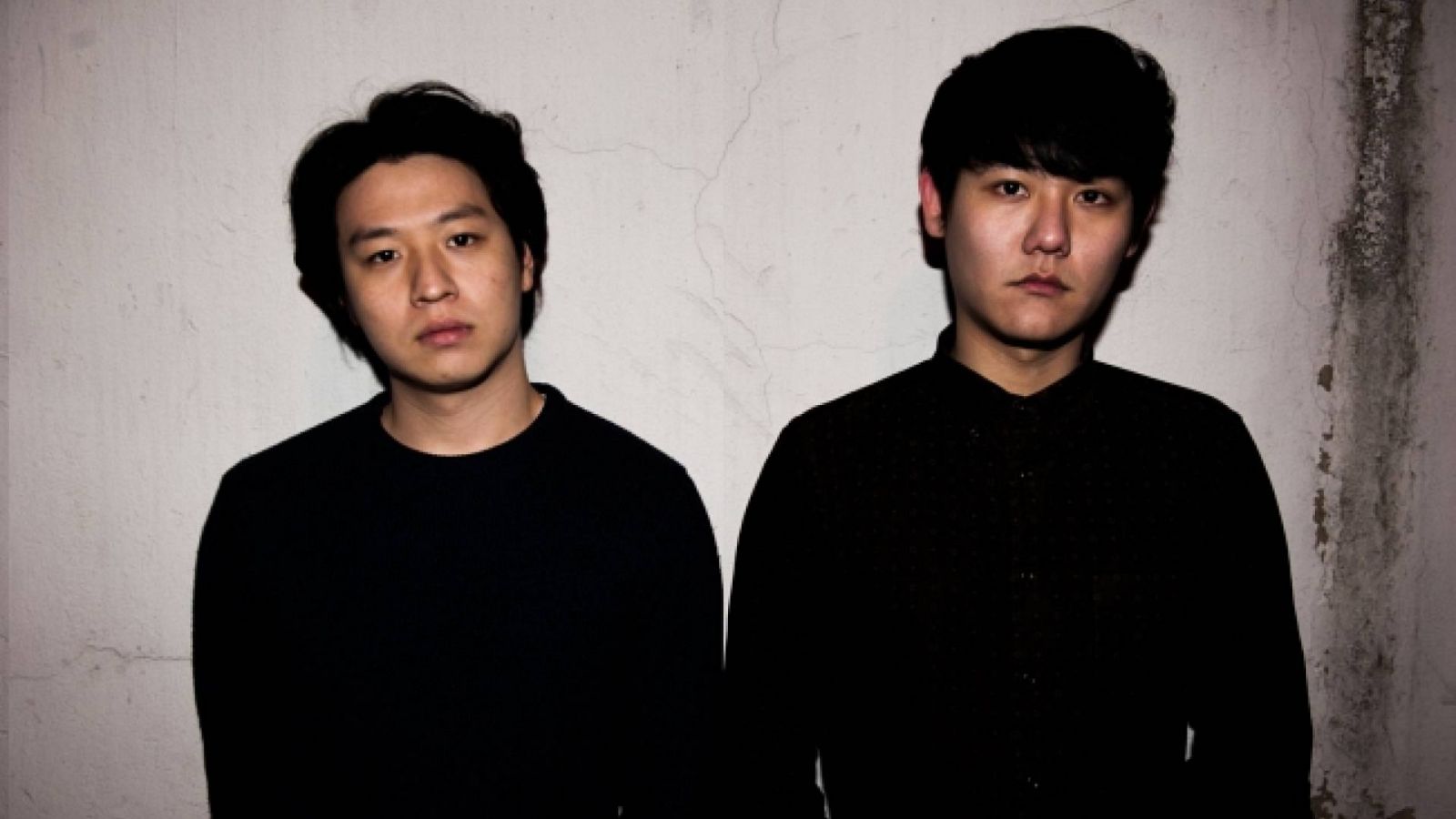 Dead Buttons is touring in the UK and KoME had the opportunity to ask them about the shows and their album Whoever you are. 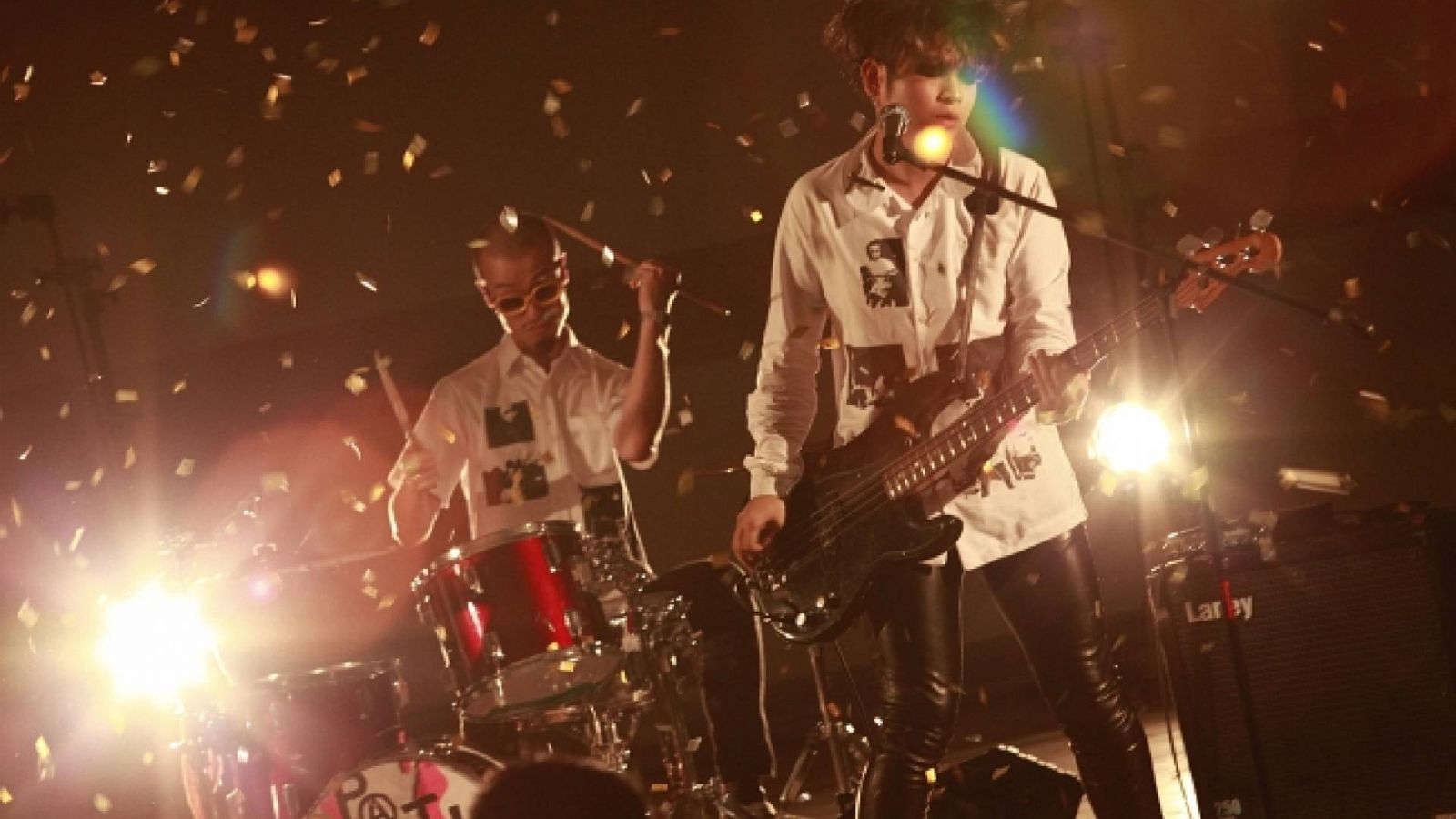 Dead Buttons, PATiENTS and Asian Chairshot touring in the UK

The three indie rock bands are touring the UK until May 12th. 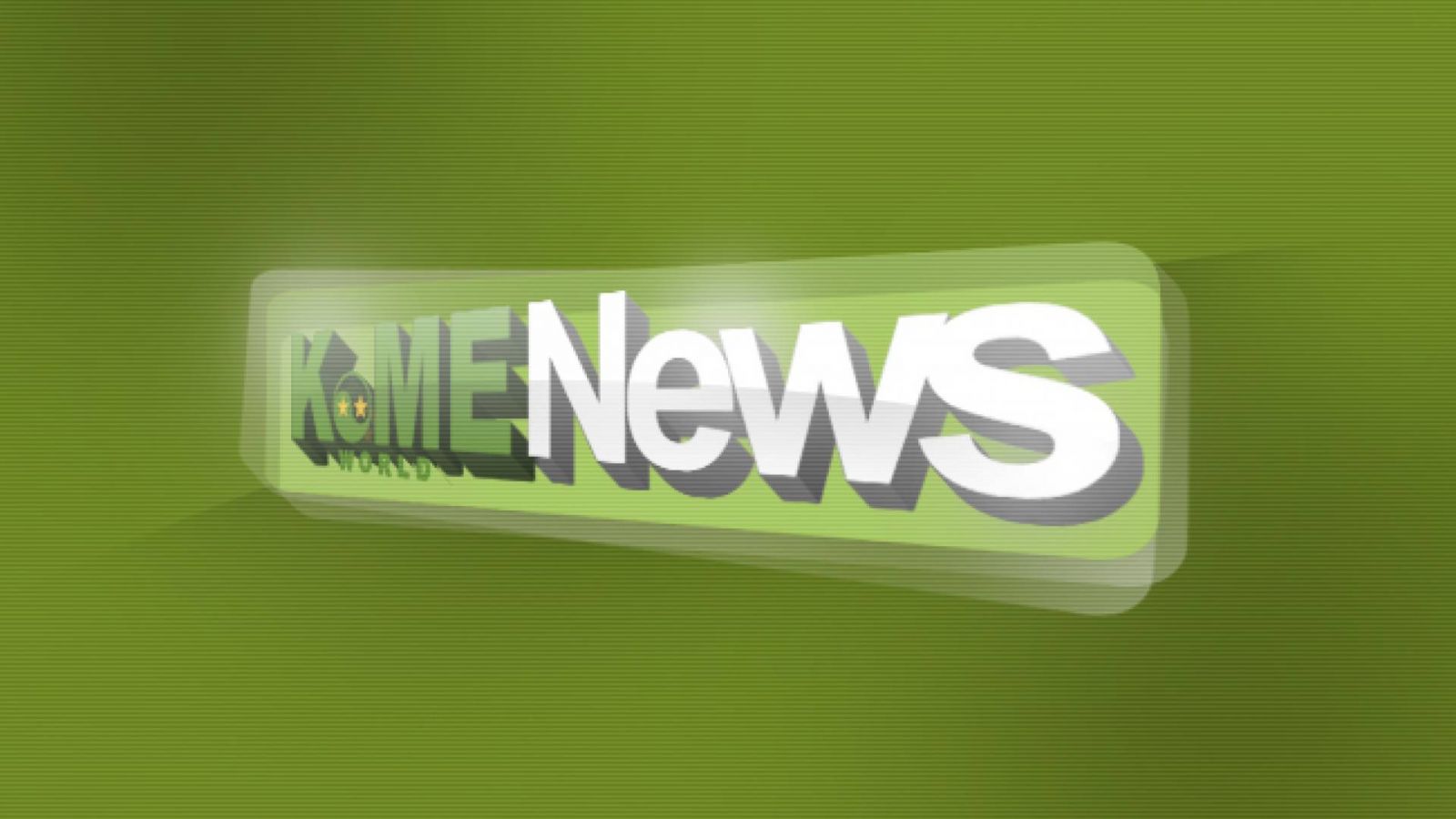 Jubora shows off her beautiful vocal skills once again in her comeback single Lost. 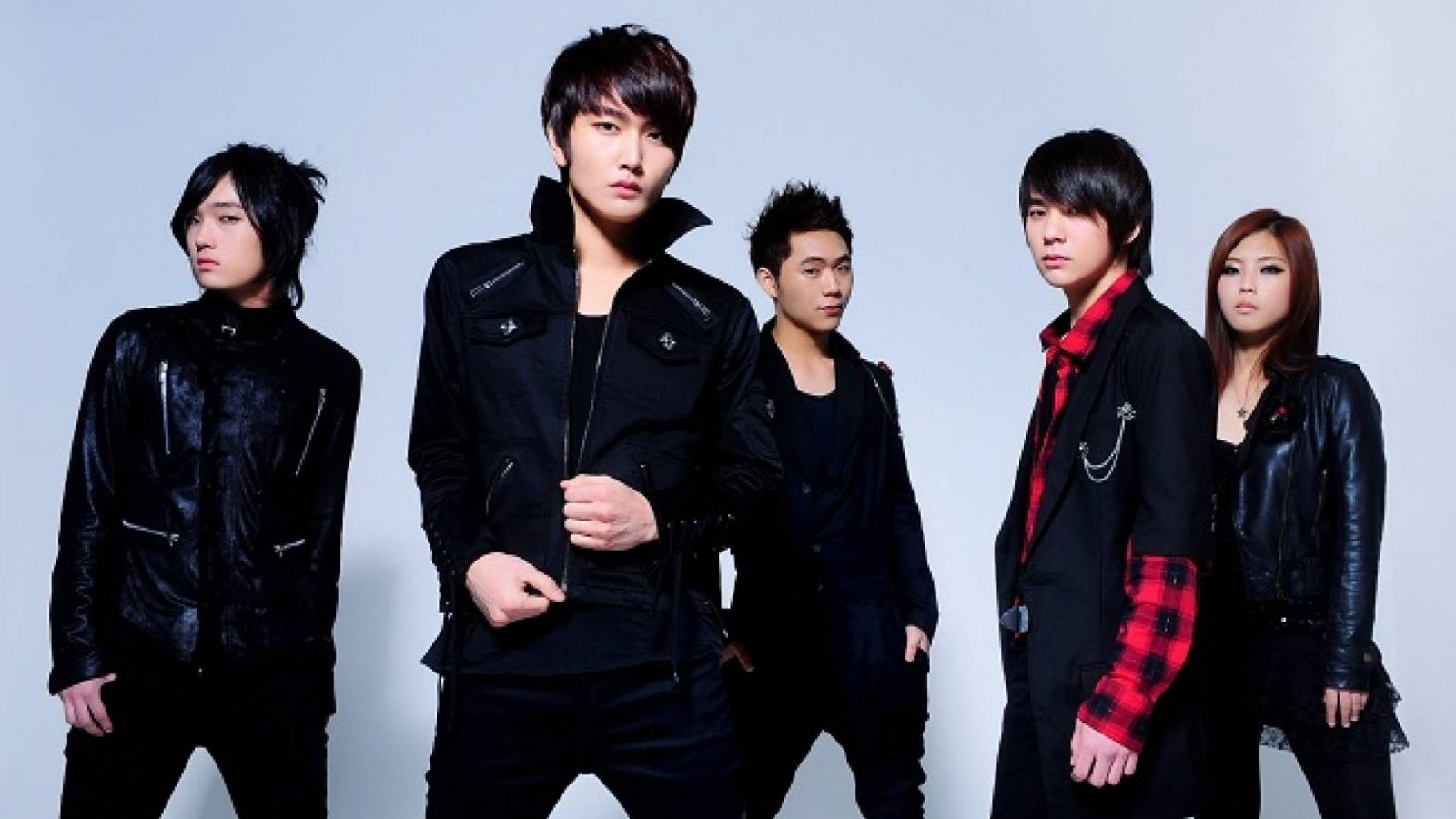 Rock band AXIZ told us about their origins, goals, group dynamics and more. 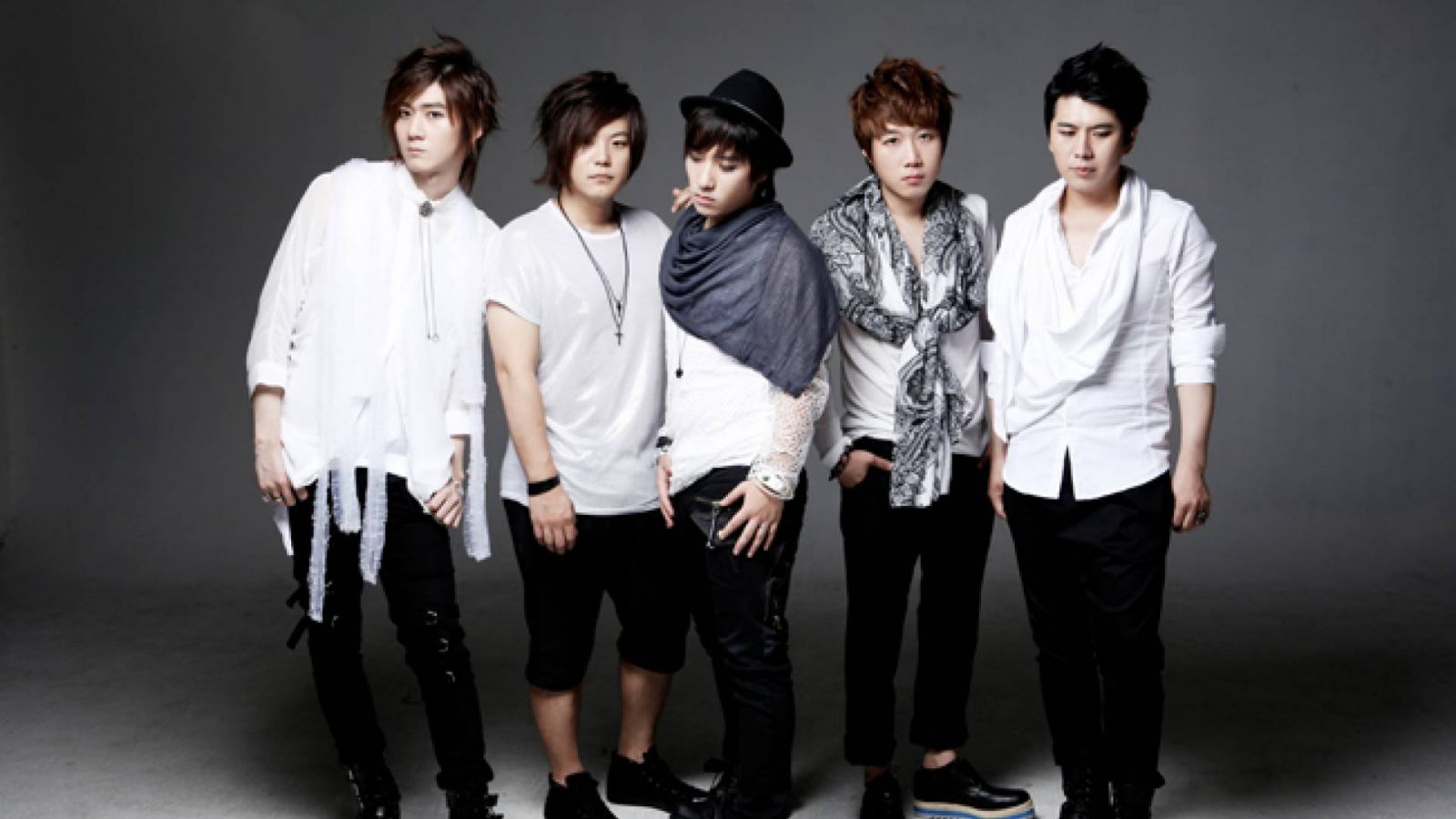 KoME had the opportunity to ask classical pop rock band Nemesis some questions about themselves, their music, and their place in the Korean music scene. 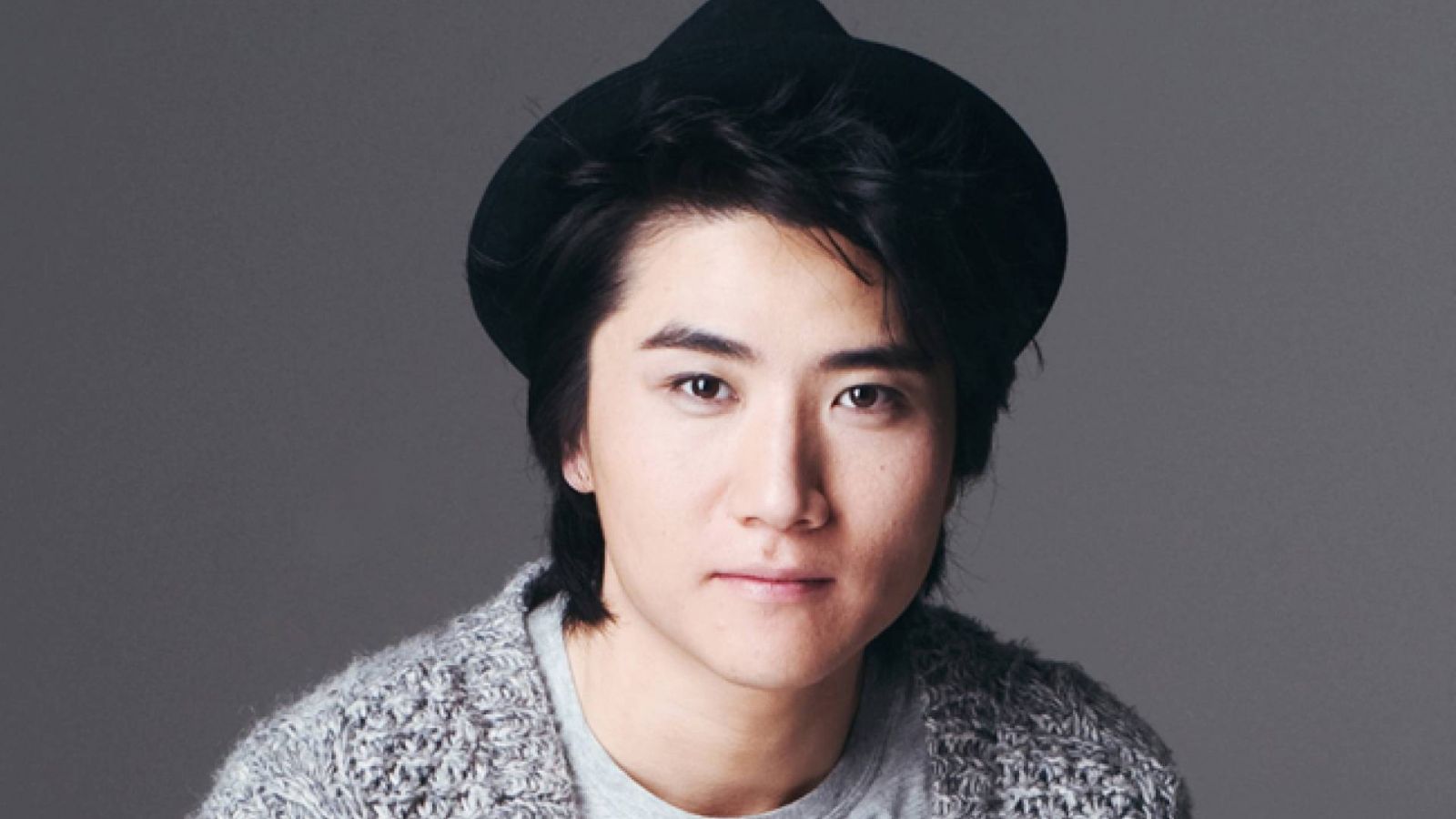 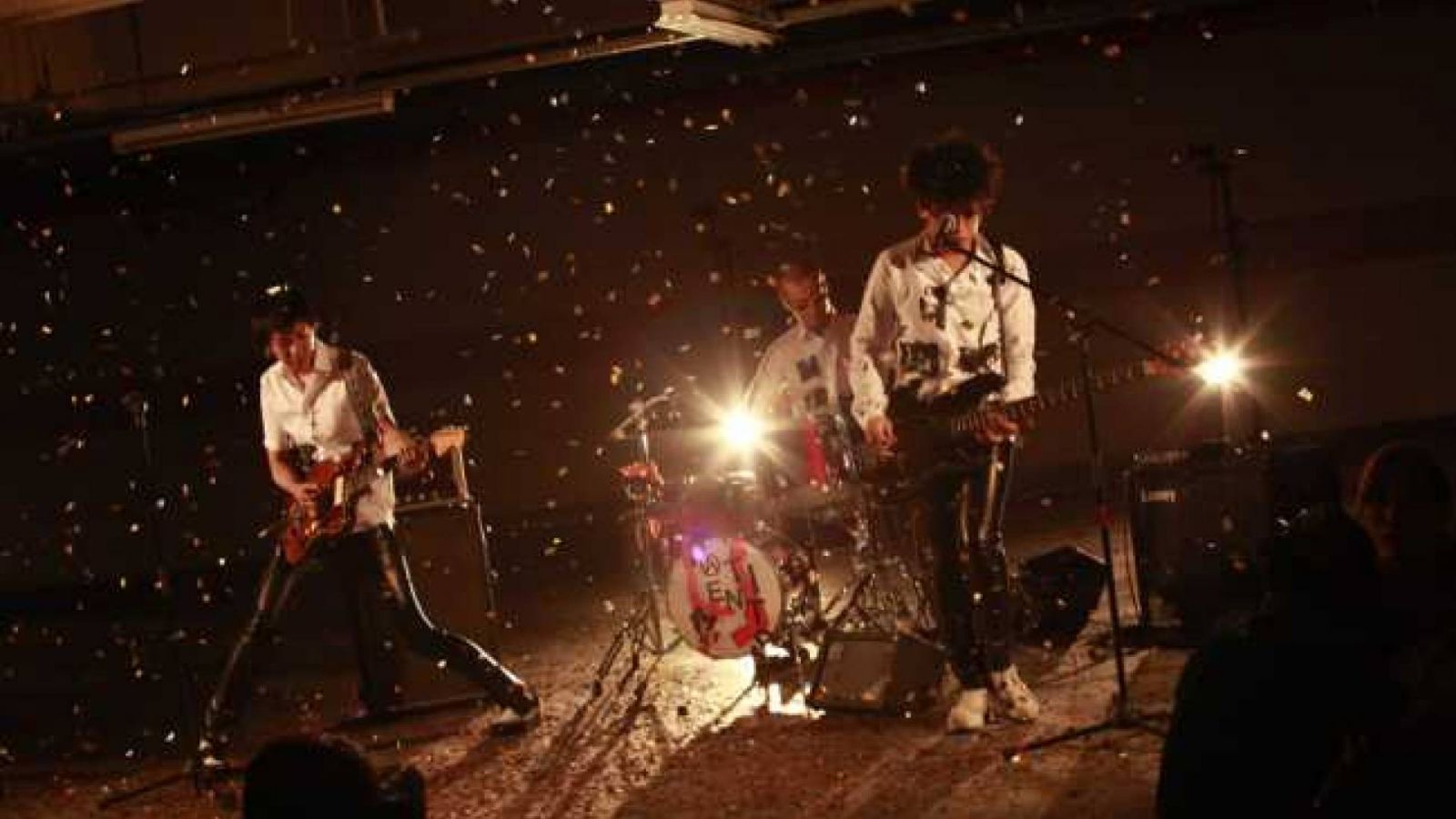 Punk band Patients give us an insight into their music and the Korean punk scene as a whole. 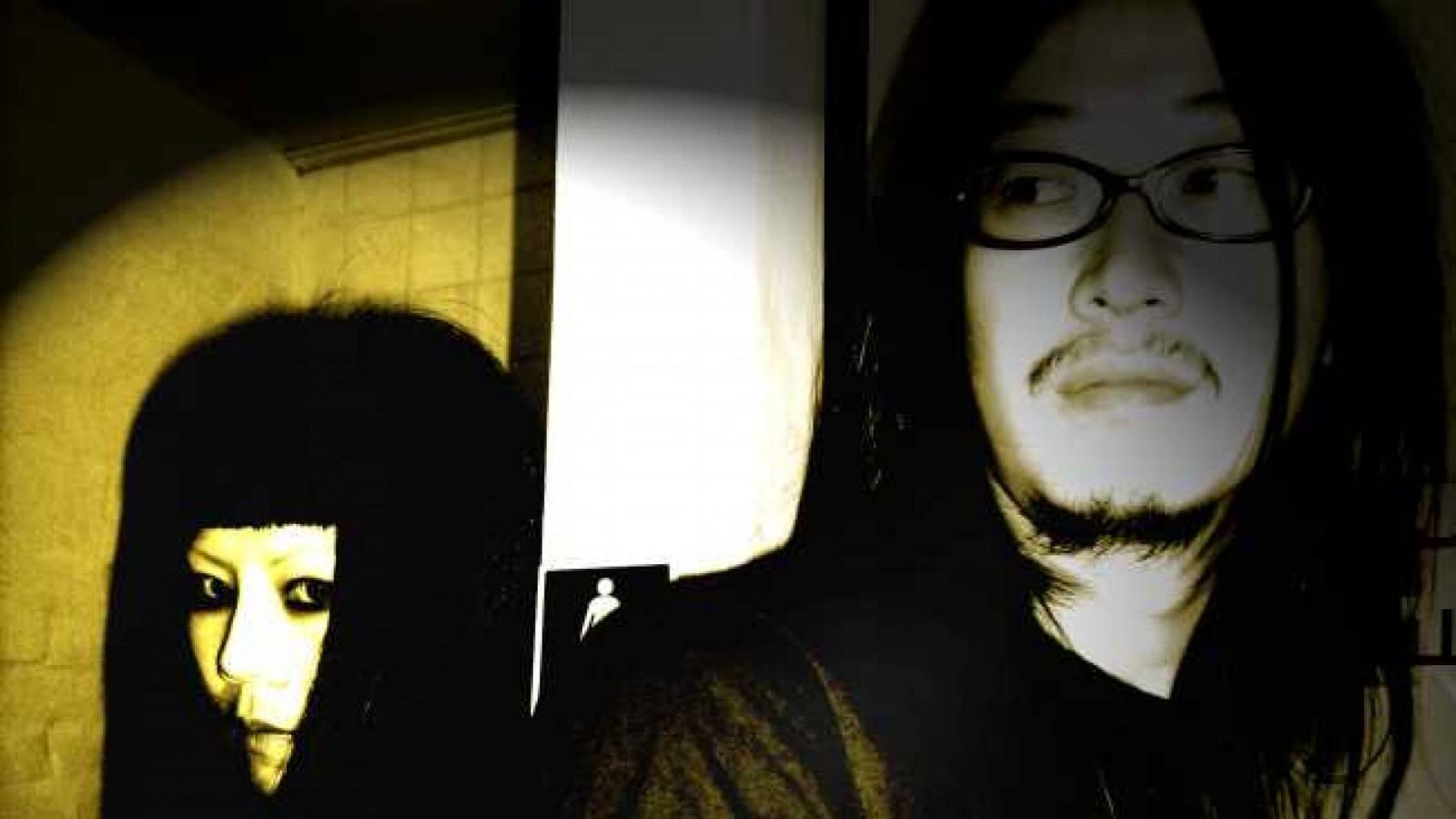 Interview with "dream pop" band KAFKA about their life, loves and music. 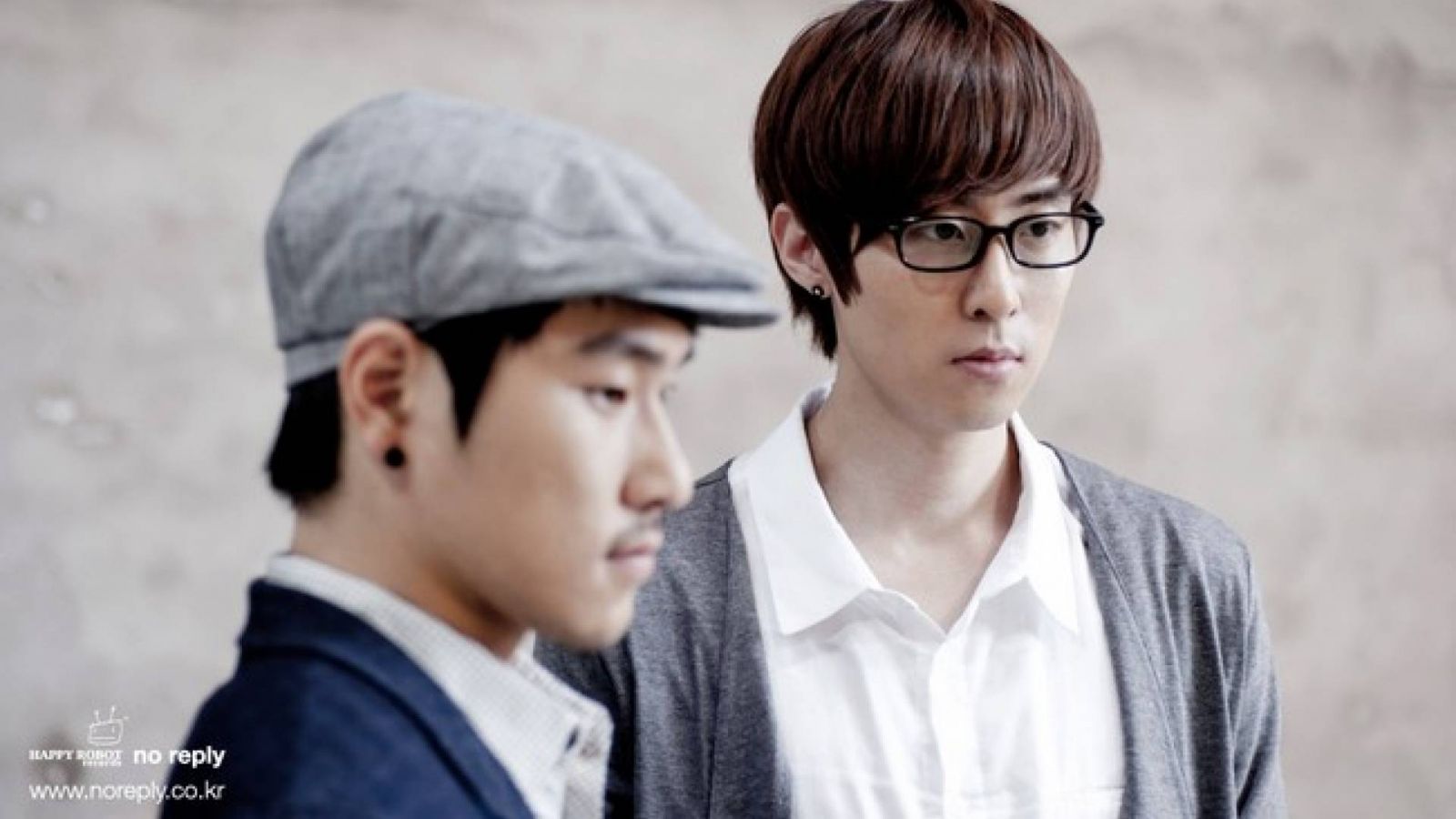 Interview with No Reply

KoME catches up with Korea's beloved indie band No Reply 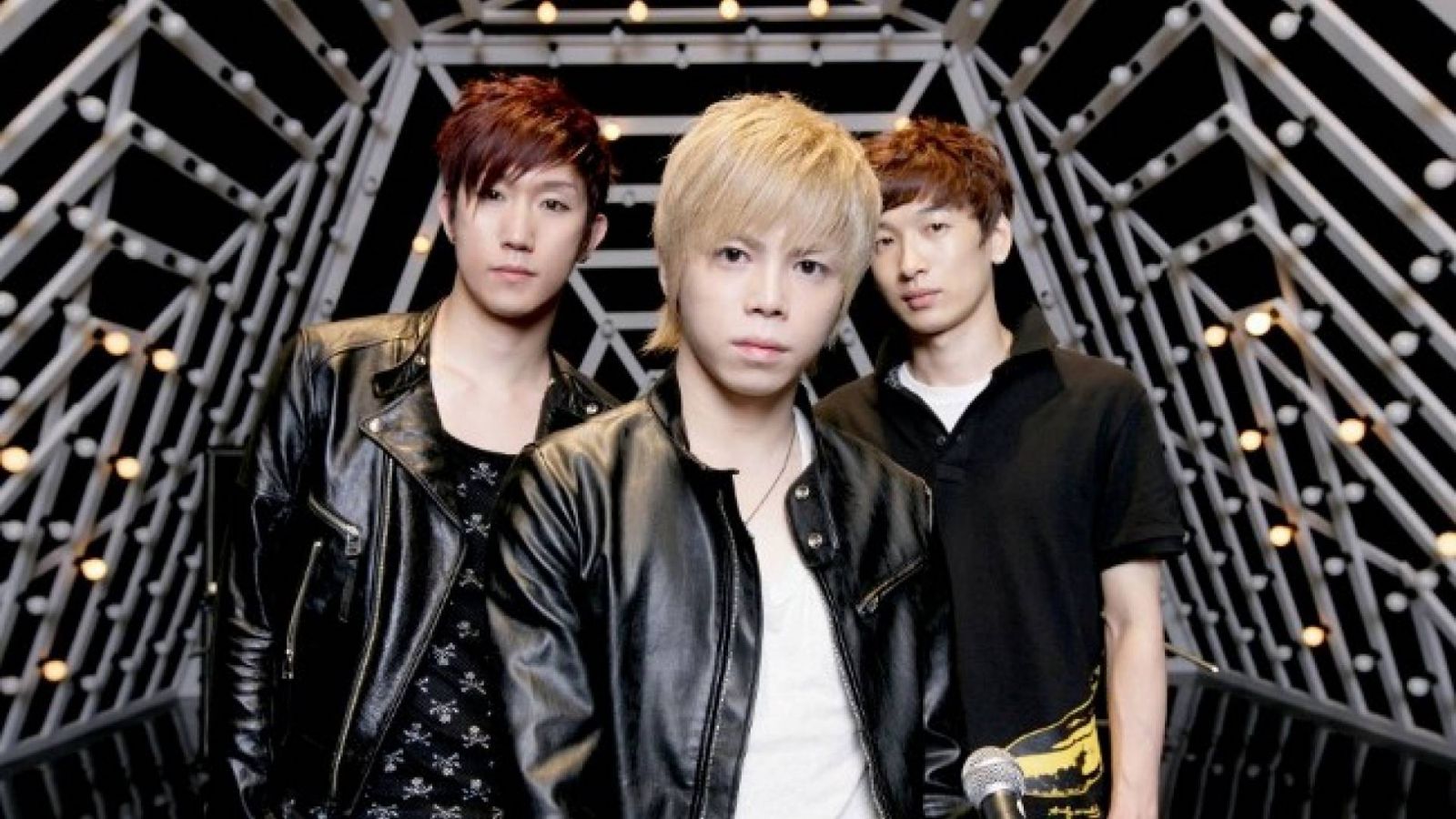 Get to know the sympathetic band GUYZ 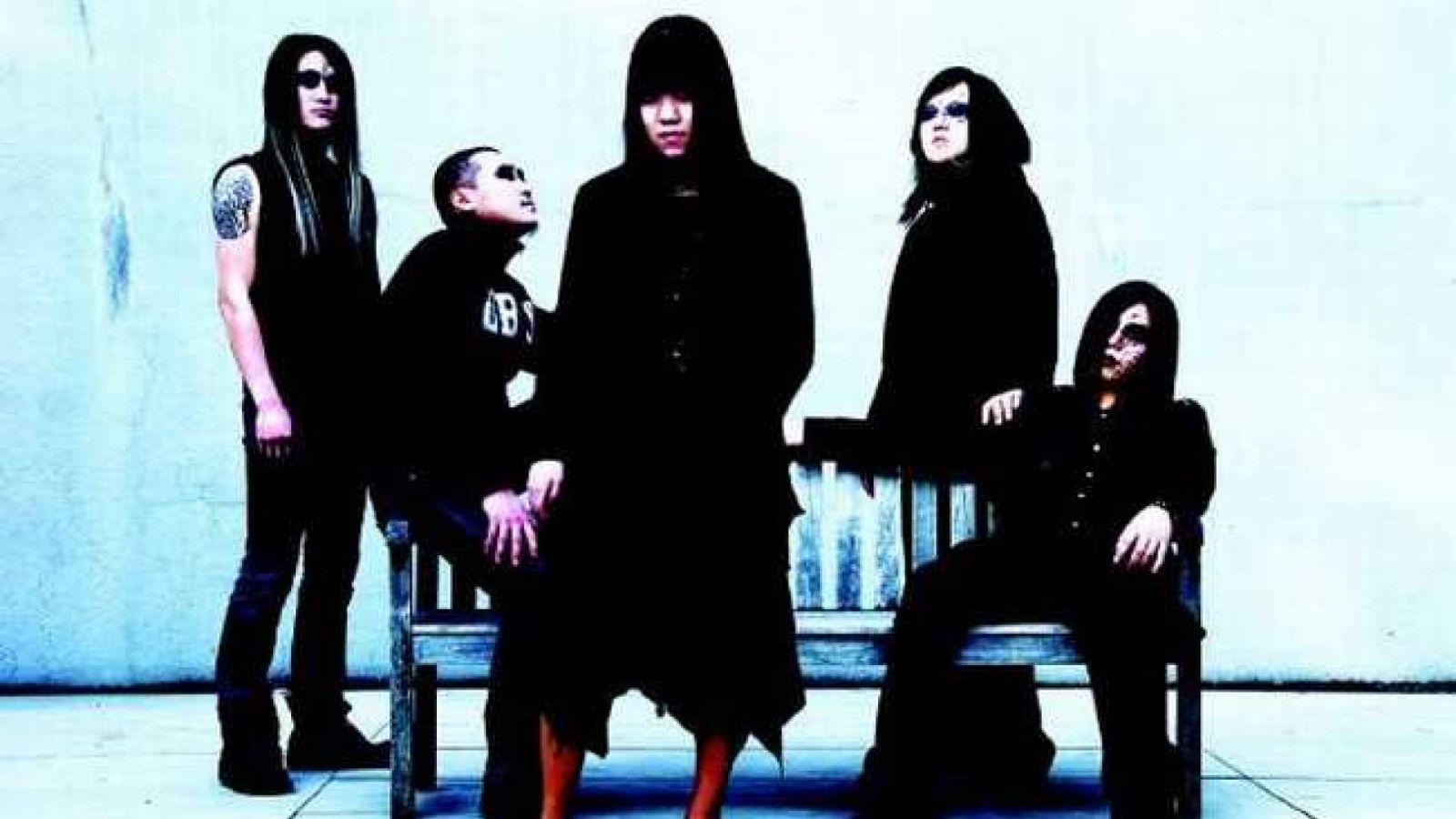 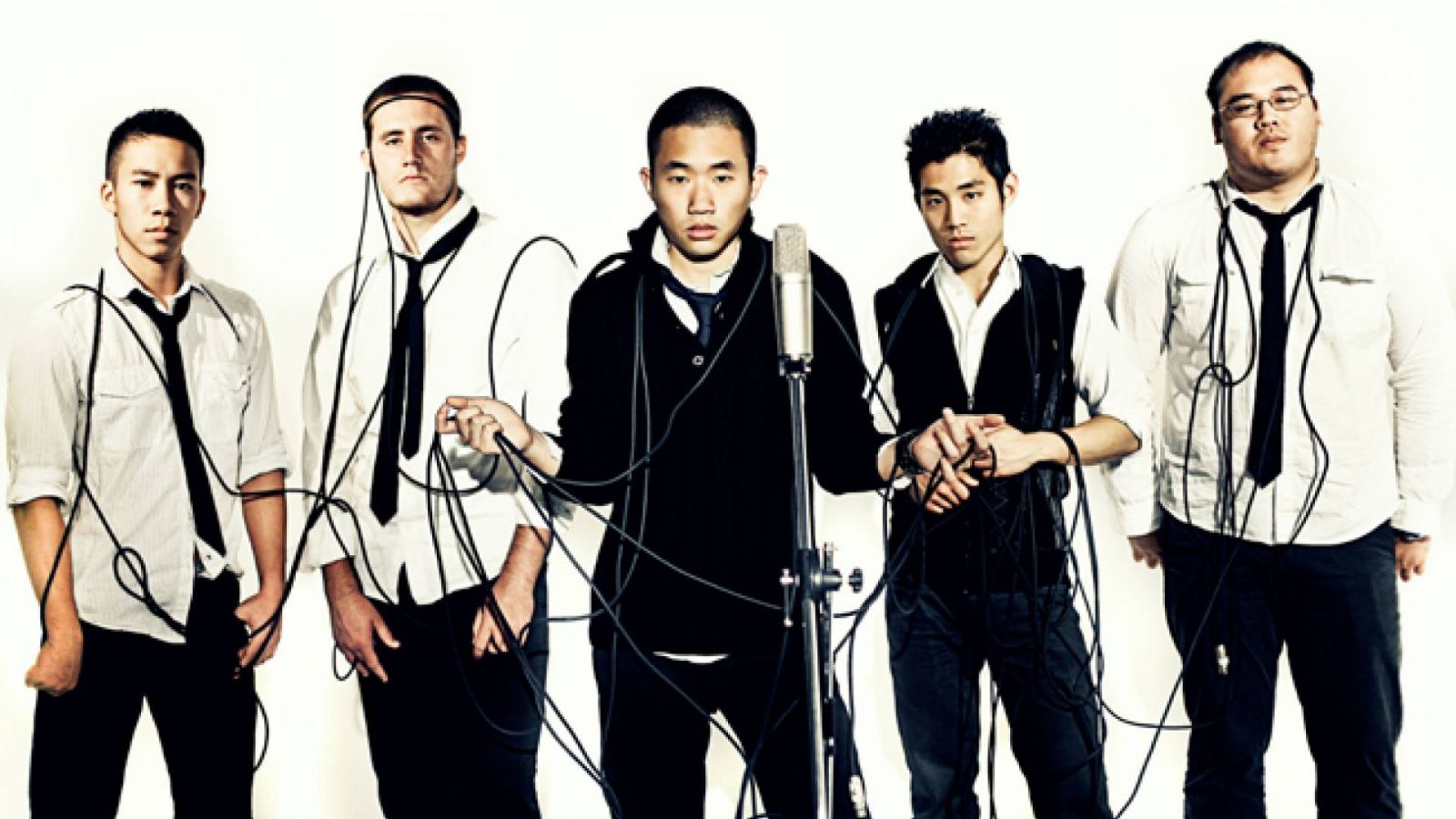 Interview with Tim Be Told 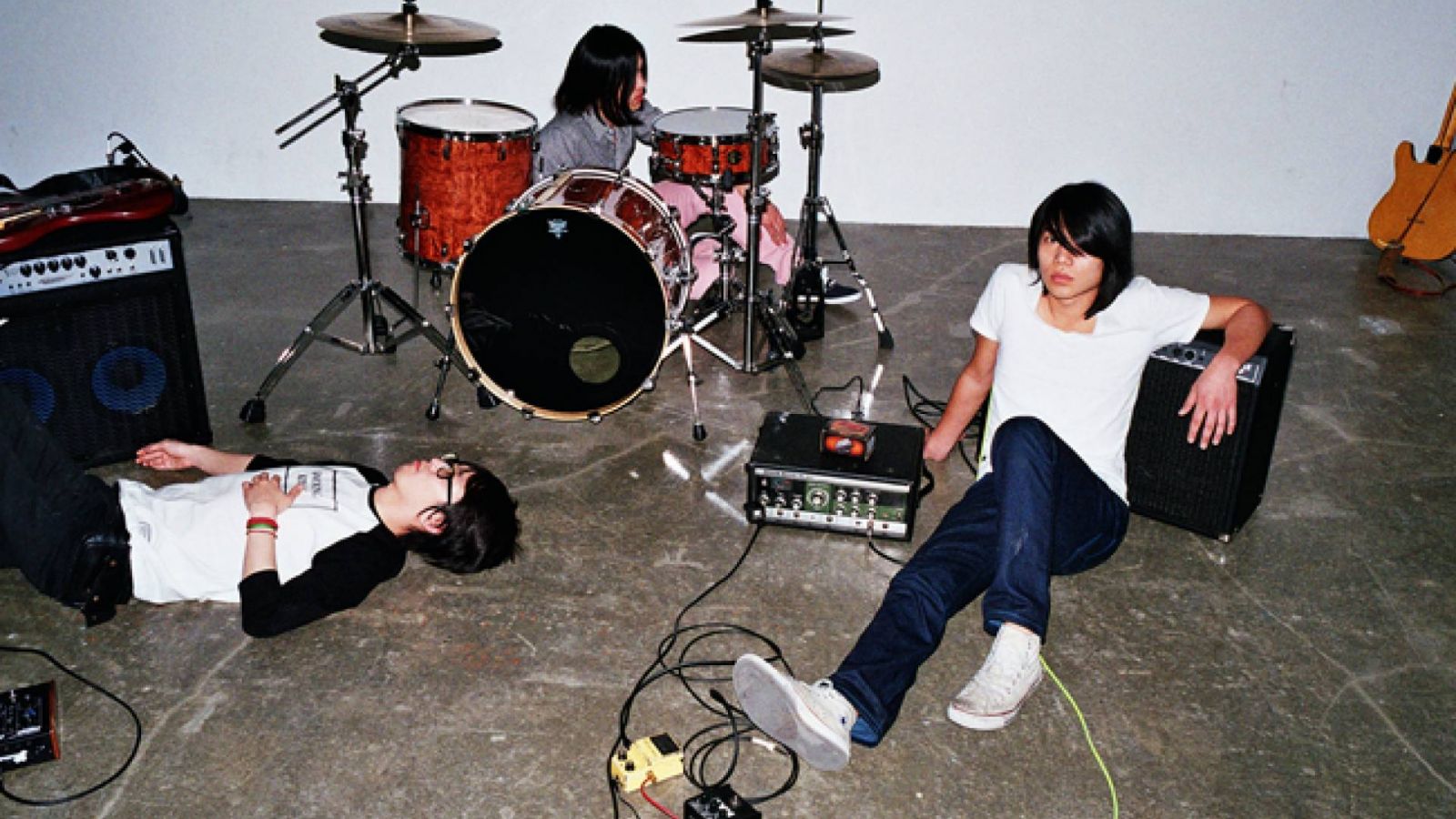 Interview with The Plastic Day

Interview with The Plastic Day 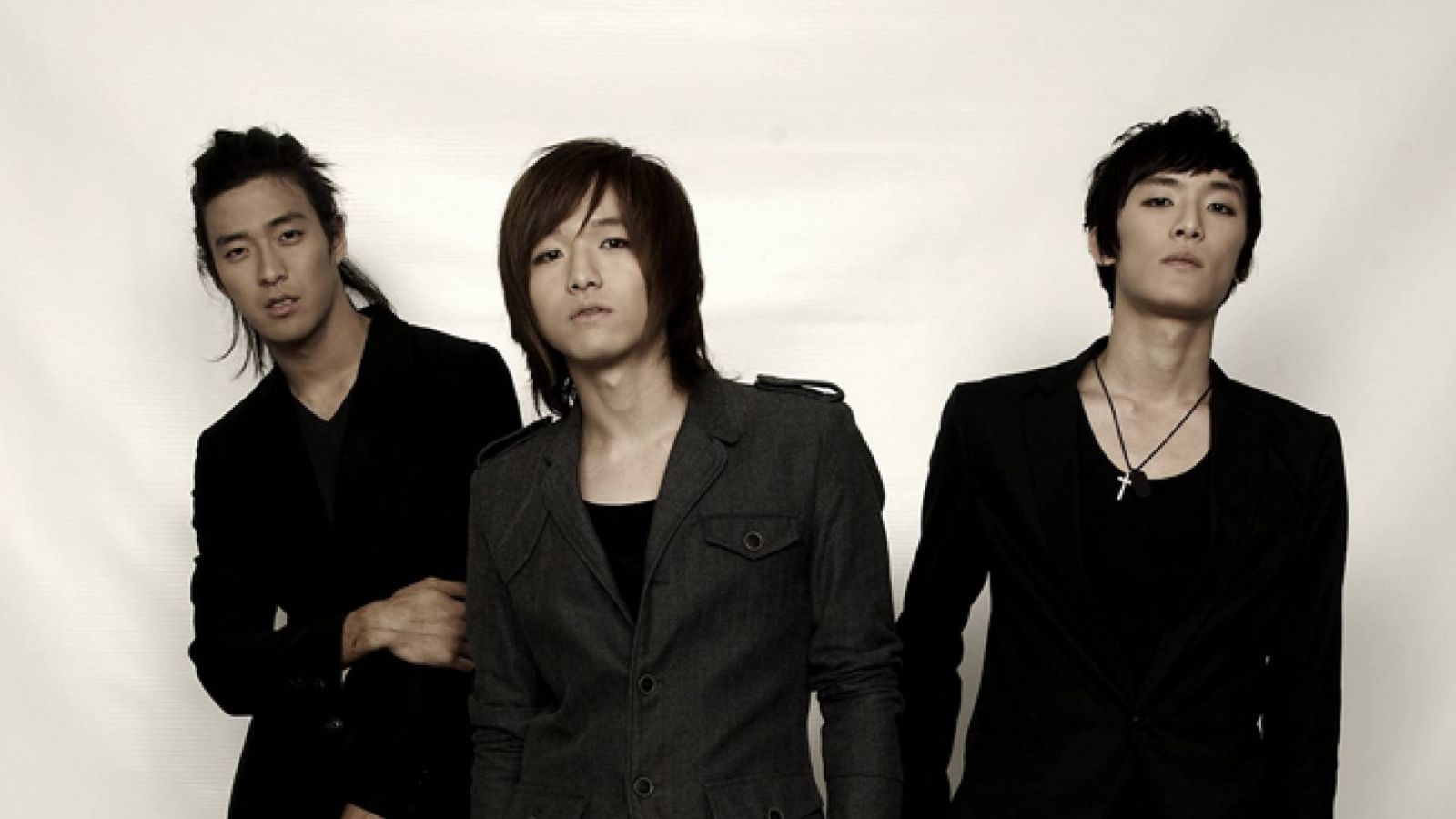 Interview with the up and coming rock band, Royal Pirates 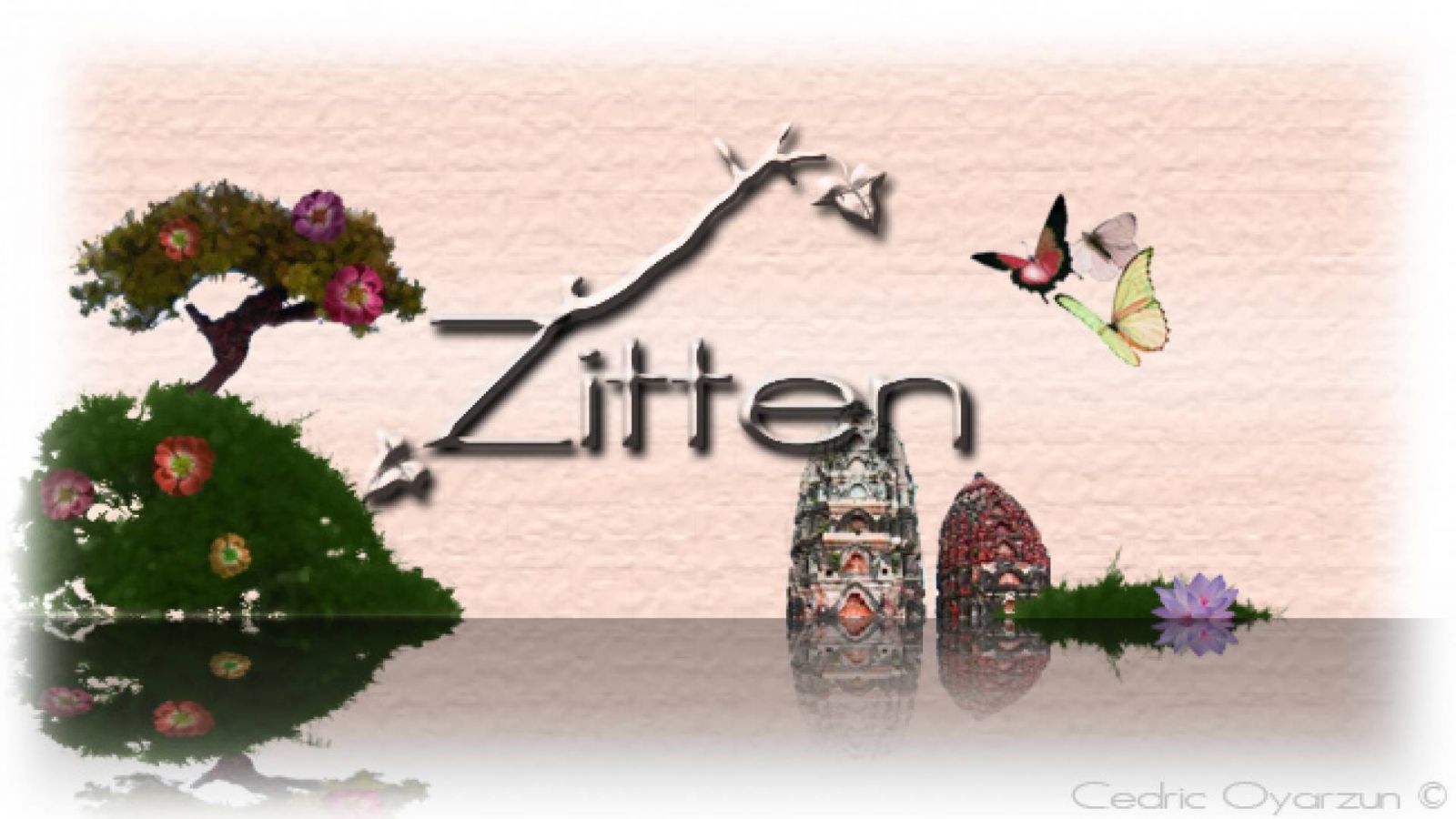 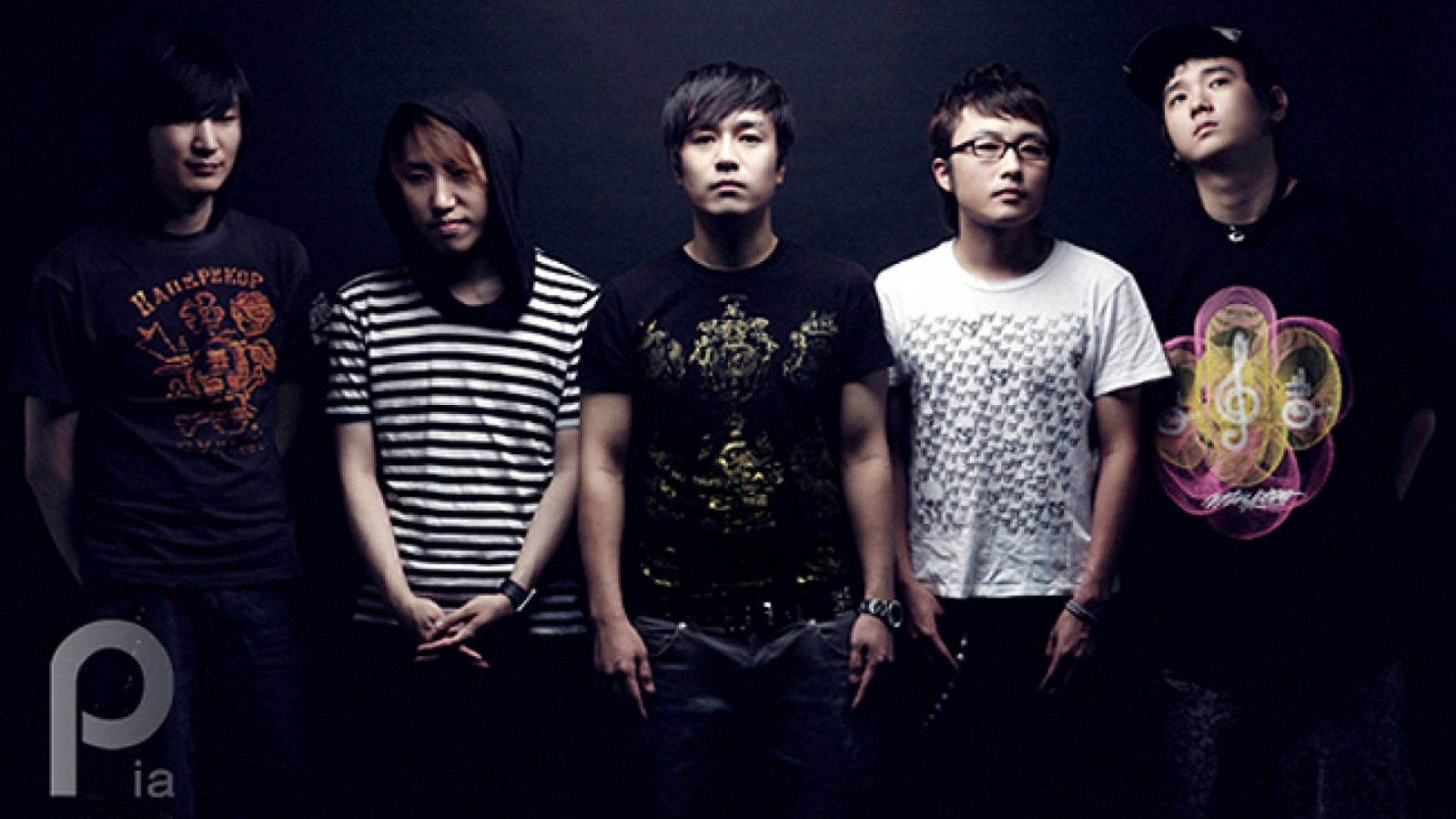 In an exclusive interview, rock band PIA gives us an in-depth look about their style, the music scene in Korea, their alliance with Seo Taiji and their future. 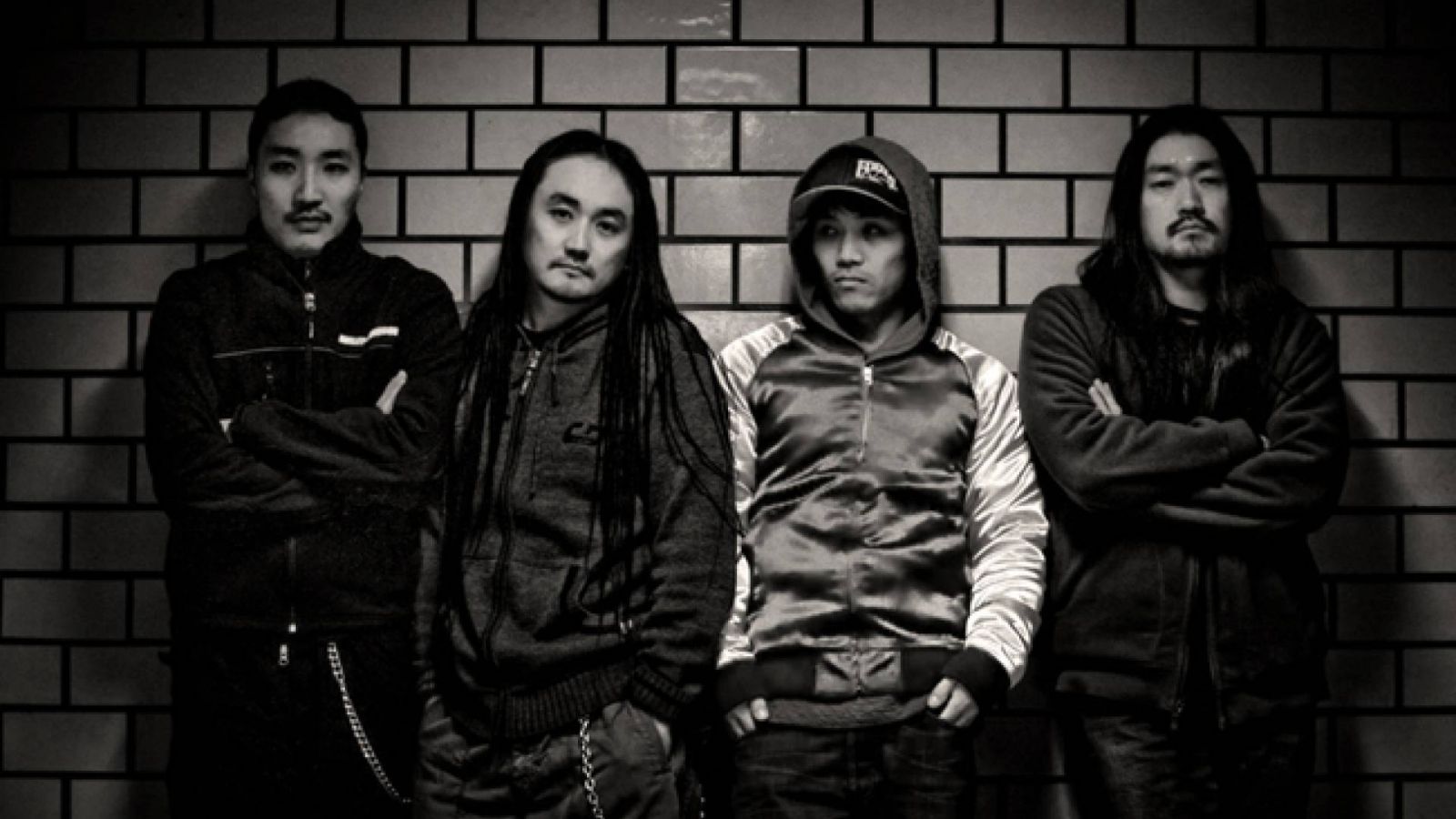 Heavy metal band Crash talk about their beginnings, the emotional power of music, and just what role heavy metal has in Korea. 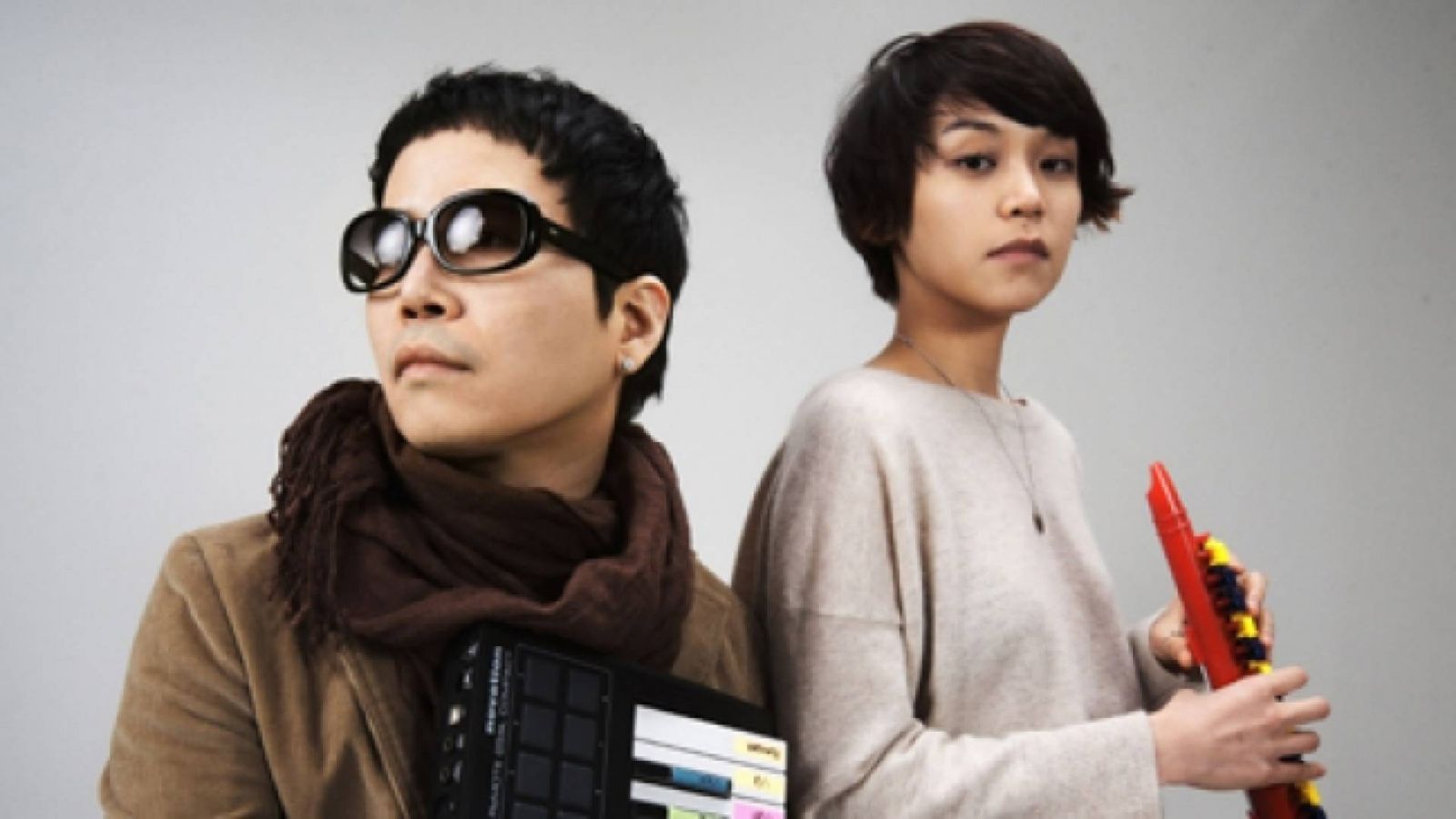 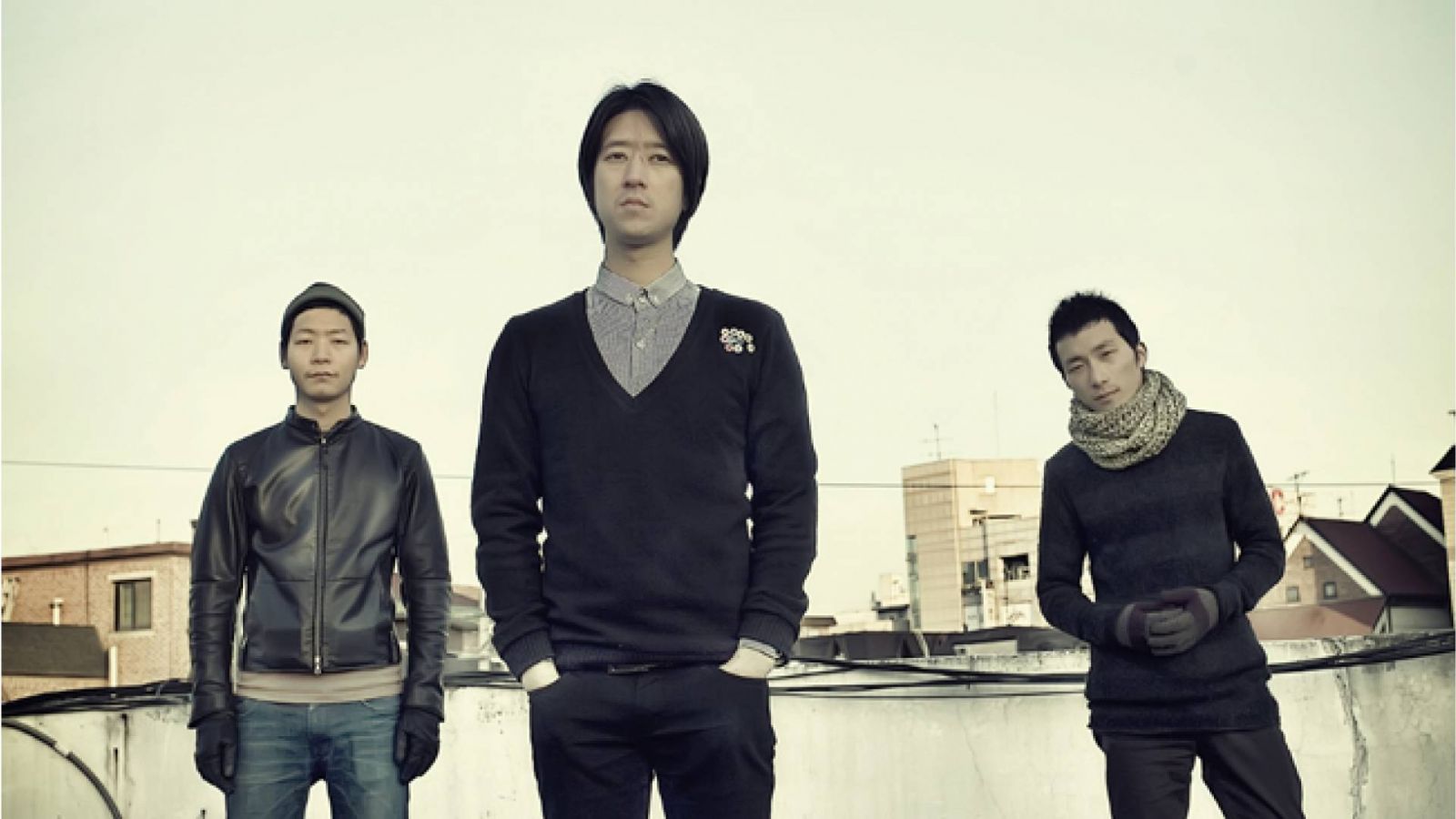 Interview with 99ANGER's Hyun Lee before the re-release of their 2004 EP.