KoME had an interview with the indie rock'n'roll band GENIUS. 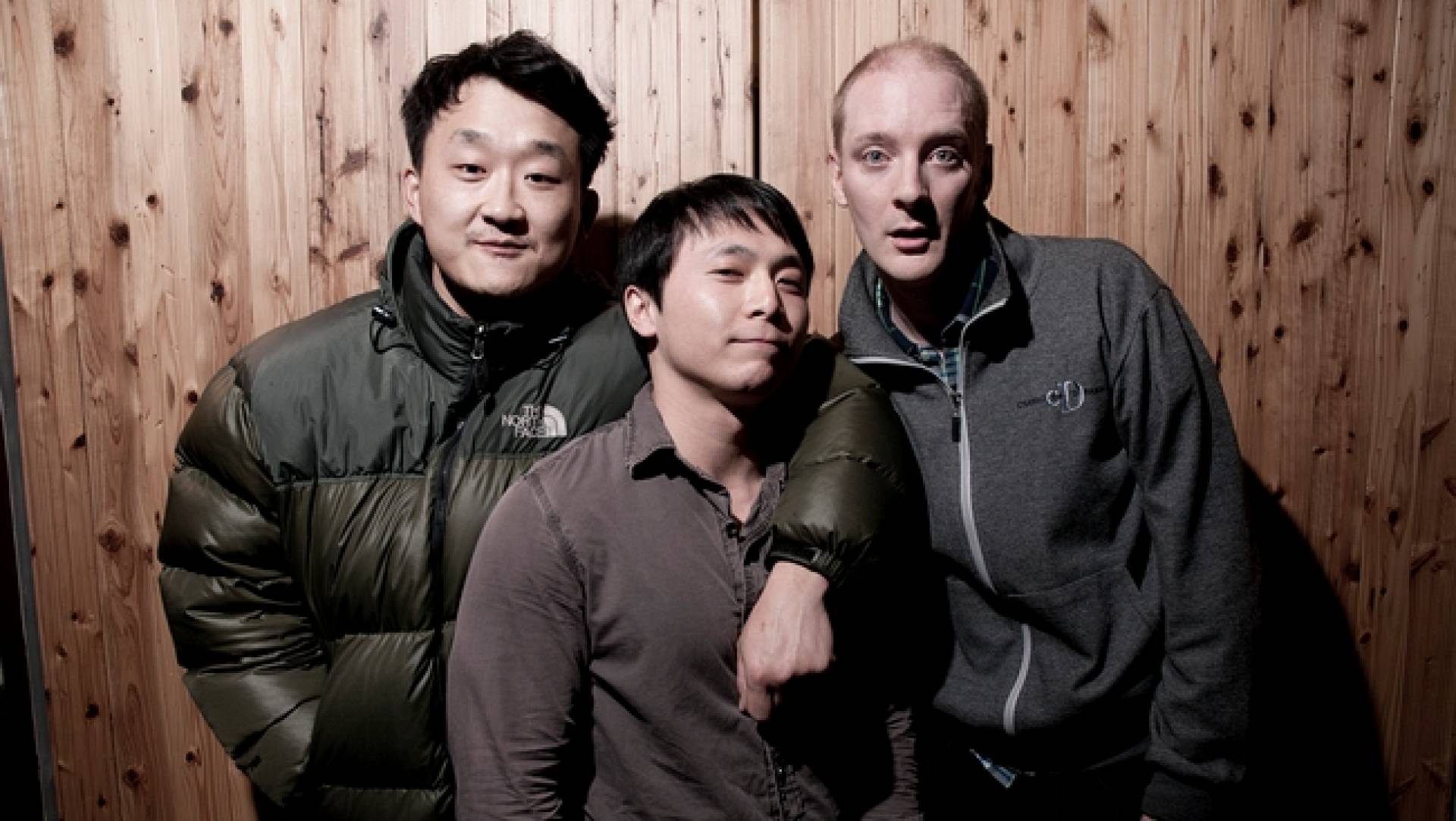 © GENIUS
KoME had the chance to interview GENIUS, a rock'n'roll band from Busan. The band was founded in 2009 and has since toured in South Korea and abroad. GENIUS is known in the indie scene for their humorous attitude that takes them through any obstacles a band might meet on their way to success. Luckily they are, as they themselves say, disarmingly handsome.

Could you please introduce yourselves to our readers and tell us how GENIUS was formed? How did you three met?

Steve C: As with X-Men’s Wolverine, no one will know the truth until 20 years later.

You already released three LPs and a digital album since your beginning. How is your creative process? What are the main themes you explore?

Steve C: Shitty people trying to live good lives and good people living shitty ones.
It’s hard to ask the right questions about music, right? A chef can tell you what’s in tiramisu, but so what?

Kim Il Du, you were named 2013's Voice of the Year by GQ Korea. How did he feel about this and what did it represent to the band?

Steve C: He seems embarrassed by it.

Tell us more about your last release, Lucky Mistake, from June.

Steve C: This year we signed with Boonga Boonga Records so just to say hello, we recorded this on a whim: Hello!

Much of the Korean music that are exported to us is Kpop but we know that the Korean indie and punk scene is getting strong day by day for years now, with good quality and diverse music. Pretty original songs too. How is the punk scene in Korea when we talk about album releases, gigs and fans’ support?

Steve C: Comedian Bill Burr didn’t understand Chewbacca in Star Wars: “I didn't get Chewbacca. He should be ripping somebody’s arms off. [but] He’s shooting a gun like he's fucking... he's limited. He’s limited.” That’s what punk is here: a hairy lumbering creature in a laser gun, spaceship universe. This is not our world and probably never will be. Maybe that’s why rock and roll should be here though. Check out The March Kings’ last release Vivid Night and Say Sue Me’s Big Summer Night. Bad Habit is a killer song. Your readers will like it.

You already toured 4 countries and shared the stage with many bands. Can you tell us more about this experience?

Steve C: I’ve been a voyeur since I was young, creeping around the block, and looking into windows. I wanted to know how other people lived. How different were we? I think a lot of people wonder about that kind of thing. It’s not particularly profound. The cool thing is, when we travel, I get to find out. Like in 2013 we played Prescott, Arizona, a little town that looked like Gilmore Girls. Sometimes playing shows is just bars and bathrooms. Sometimes I get to be someone else.

Many punk bands from Korea have been surfacing and recently we saw punk Korean bands in the UK for gigs, like Juck Juck Grunzie at Glastonbury Festival. Do you think it has been easier to show Korean indie work overseas? Why?

Steve C: Yes and no. Lately, there’s been money spent sending Korean indie abroad but Korea has never known what makes it cool. They think American clones are the answer. Remember Se7en, BOA, and Wonder Girls abroad? The government should support its artists more organically, from the bottom up. There are tons of great indie bands here, but everyone’s still watching TV. I love K-pop, but… come on.

What song from your repertoire you would suggest for someone who is about to experience GENIUS for the first time?

Steve C: Be cool. Check out the songs we never play live, like Simple and Normal and About Loving Someone.

Please, leave a message to our readers.

Steve C: Keep up with us at facebook.com/GeniusRock. Nobody likes us and nobody is like us. Thanks for listening.

KoME would like to thank GENIUS for this interview opportunity.
ADVERTISEMENT